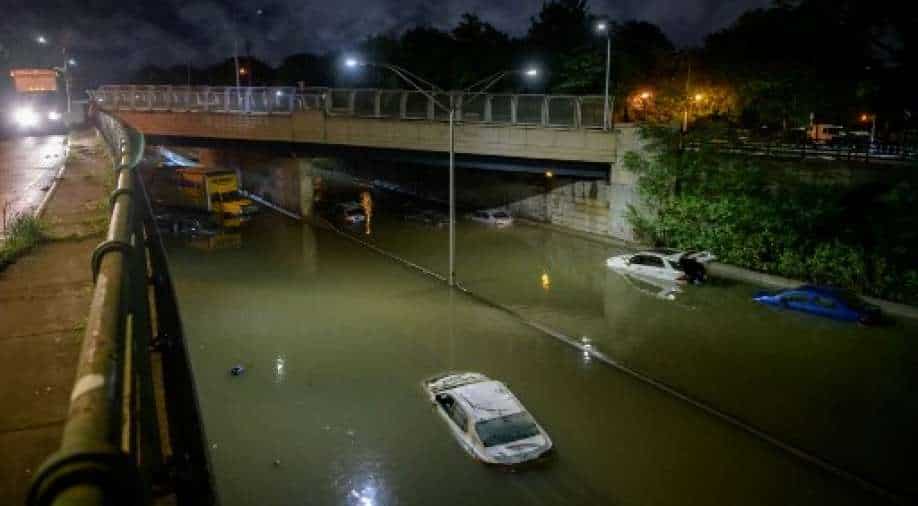 A flash flooding emergency has been declared by the National Weather Service in New York, a rare warning for instances where flooding poses a "serious threat to human life and catastrophic damage."

The aftermath of Hurricane Ida, which walloped the region with record-breaking rain days after one of the strongest US hurricanes on record hit the Gulf Coast, left a surprised US East Coast with a rising death toll, swelling rivers, and wreckage.

The storm killed at least 18 people from Maryland to New York on Wednesday night as basement apartments suddenly filled with water, rivers and creeks swelled to record levels, and streets turned into car-swallowing canals in an area that hadn't expected a significant blow from the no-longer-hurricane.

On Wednesday night, New York City Mayor Bill de Blasio called the floods and weather a "historic weather event," and the National Weather Service issued a flash flood warning for the first time in the city.

The rain turned the streets of this metropolis into rivers, flooding basements and first-floor apartments.

A flash flooding emergency has been declared by the National Weather Service in New York, a rare warning for instances where flooding poses a "serious threat to human life and catastrophic damage."

According to Mayor Bill de Blasio, a travel advisory is still in effect, and all non-emergency vehicles are recommended to stay off city roadways as clean-up efforts continue.

The devastation comes only days after Hurricane Ida made landfall in Louisiana with winds of 150 miles per hour on Sunday.

At least seven people have died previously, including two each in Louisiana, Mississippi, and Alabama, as well as one in Maryland.