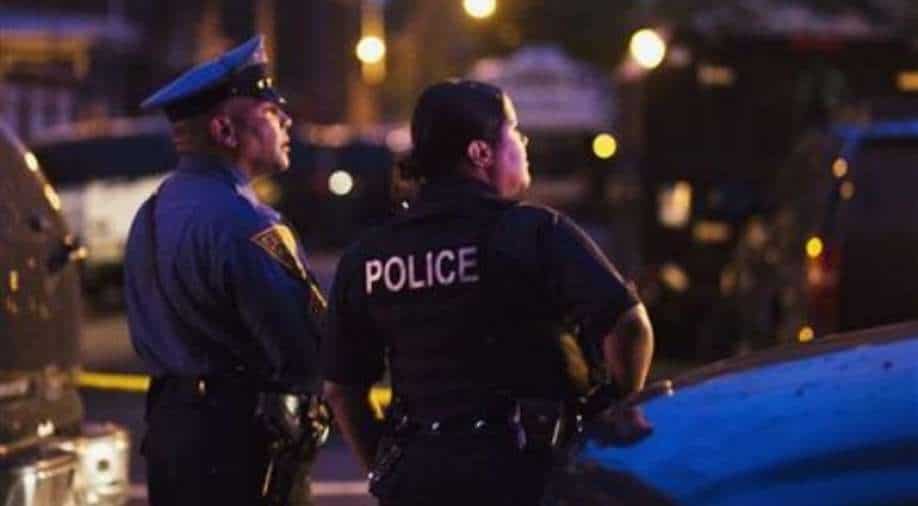 Pictures from the scene of crime show overturned tables, chairs and pop-up party tents. The driveway to the house was still queued up with cars of the party attendees

At least two people have been declared dead and 12 injured after a gunman opened fire at a house party in South Jersey.

On Saturday night, the local police received calls for help to a house in Fairfield Township near Philadelphia.

When the New Jersey State Police reached the scene of the crime, they found a 30-year-old man and a 25-year-old woman fatally shot. A group of 12 other party attendees were also injured and were rushed to nearby hospitals.

"I just started hearing at first what I thought was fireworks, it was really gunshots, and I heard nine in rapid succession," Rev. Michael Keene of the Trinity AME Church was quoted by local reporters. "f you're going to a party, why do you need to take a gun? If you're there to have a good time why do you need a gun with you? That means you're expecting trouble to me."

Pictures from the scene of crime show overturned tables, chairs and pop-up party tents. The driveway to the house was still queued up with cars of the party attendees.

The local authorities are investigating the matter, and no further details have been released on the victims or culprits yet.