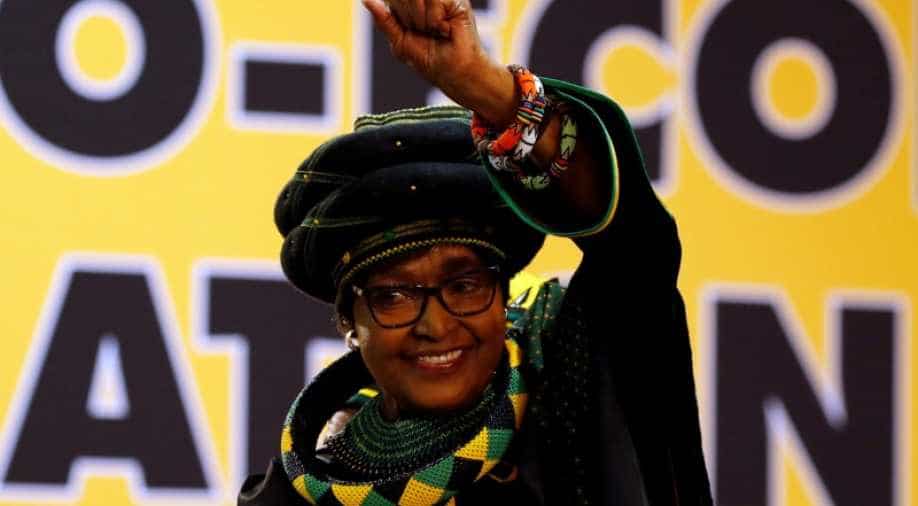 She died in a Johannesburg hospital after a long illness, spokesman Victor Dlamini said in a statement.

Winnie Mandela, who was married to Nelson Mandela for 38 years, played a high-profile role in the battle to end white-minority rule but her place in history was also stained by controversy.

"It is with profound sadness that we inform the public that Mrs Winnie Madikizela-Mandela passed away at the Netcare Milpark Hospital, Johannesburg, South Africa on Monday," said a statement issued by Dlamini, a family spokesman.

"She died after a long illness, for which she had been in and out of hospital since the start of the year. She succumbed peacefully in the early hours of Monday afternoon surrounded by her family and loved ones."

Most of Winnie's marriage to Nelson was spent apart, with Nelson imprisoned for 27 years, leaving her to raise their two daughters alone and to keep alive his political dream under the repressive white-minority regime.

But her reputation came under damaging scrutiny in the twilight years of apartheid rule.

In 1986, she was widely linked to "necklacing", when suspected traitors were burnt alive by a petrol-soaked car tyre being put over their head and set alight.

In 1990 the world watched when Nelson Mandela finally walked out of prison -- hand in hand with Winnie.

The following year, she was convicted of kidnapping and assault over the killing of Stompie Moeketsi, a 14-year-old boy.

In 1992, the Mandelas separated, and then divorced in 1996, after a legal wrangle that revealed she had had an affair with a young bodyguard.