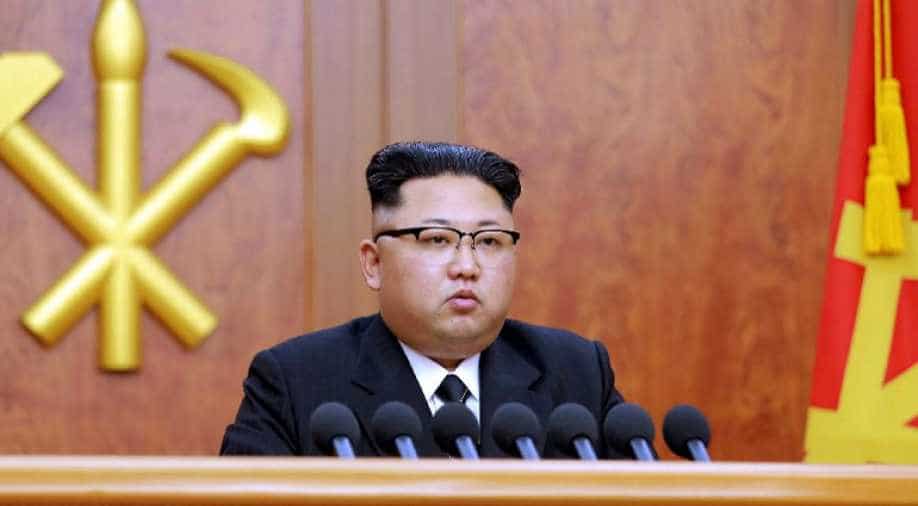 Seoul's defence ministry said the North is believed to have some 50 kilogrammes of weapons-grade plutonium as of the end of 2016 ? enough to make about 10 weapons. In photo: North Korean leader Kim Jong-Un on January 1, 2017. Photograph:( AFP )

The isolated communist state, which has carried out five nuclear tests and numerous missile launches, is thought to be planning a nuclear push in 2017 as it seeks to develop a weapons system capable of hitting the US mainland.

Analysts are divided over how close Pyongyang is to realising its full nuclear ambitions, but all agree it has made enormous strides since Kim took over as leader from his father Kim Jong-Il who died in December 2011.

Seoul's defence ministry said the North is believed to have some 50 kilogrammes of weapons-grade plutonium as of the end of 2016 ? enough to make about 10 weapons ? up from 40 kilogrammes eight years earlier.

The North also has a "considerable" ability to produce weapons based on highly-enriched uranium, it said in a two-yearly white paper, but did not estimate weapons-grade uranium stocks, citing impenetrable secrecy in the state's uranium programme.

US think tank the Institute for Science and International Security estimated in June that the North's total nuclear arsenal was more than 21 bombs, up from 10-16 weapons in 2014, based on estimates of plutonium and uranium.

The North has boosted plutonium supplies by reactivating its once-mothballed nuclear reactor in Yongbyon, the defence ministry said.

North Korea deactivated the Yongbyon reactor in 2007 under an aid-for-disarmament accord, but began renovating it after Pyongyang's third nuclear test in 2013.

The type of plutonium suitable for a nuclear bomb typically needs to be extracted from spent nuclear reactor fuel.

Kim Jong-Un said in a New Year's speech that Pyongyang was in the "final stages" of developing an intercontinental ballistic missile of the kind that could threaten US territory.

The address drew a swift response from US president-elect Donald Trump, who took to Twitter vowing to halt Pyongyang in its tracks.