Myanmar citizens in US offered temporary refuge from coup crackdown 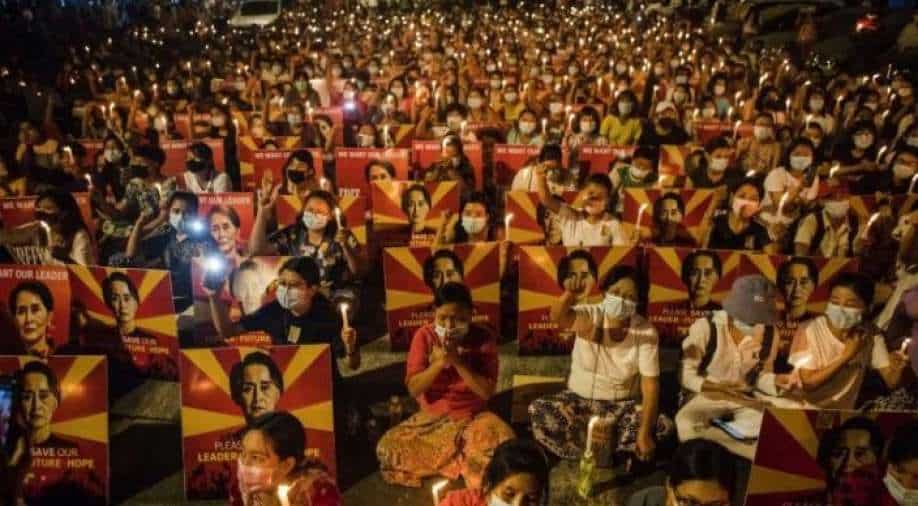 The United States has earlier also granted TPS protection to nationals of a number of countries struck by political upheavals or natural disasters that make their return difficult.

The US government has offered Myanmar citizens, stranded by the violence following the country's military coup, refuge in the United States under "temporary protected status."

The United States has earlier also granted TPS protection to nationals of a number of countries struck by political upheavals or natural disasters that make their return difficult.

"Due to the military coup and security forces' brutal violence against civilians, the people of Burma are suffering a complex and deteriorating humanitarian crisis in many parts of the country," Department of Homeland Security (DHS) Secretary Alejandro Mayorkas, using Myanmar's former name, said on Friday.

"After a thorough review of this dire situation, I have designated Burma for temporary protected status so that Burmese nationals and habitual residents may remain temporarily in the United States."

The TPS protection is usually set for a limited period, like 12 months, but can be extended if the hardships or threats remain.

The DHS said the February 1 takeover by Myanmar's military has led to an economic crisis and shortages of humanitarian and medical aid in the country.

In addition, it said the people protesting the coup face arbitrary detention, intimidation and lethal violence from the military.

"Such conditions prevent Burmese nationals and habitual residents from returning safely," the department said in a statement.

The initial TPS order will last 18 months. DHS said about 1,600 people in the United States now would qualify for it.

Earlier this week President Joe Biden's administration offered TPS for tens of thousands of Venezuelans who fled political repression and economic chaos in the once wealthy South American country.

Meanwhile, at least 70 people have been killed in protests against the military coup in Myanmar since February, according to the UN.

The Kremlin, to this end, said Friday it was "concerned" about rising civilian casualties in Myanmar.

Britain has advised its citizens to flee Myanmar, as a UN expert warned the junta is likely committing "crimes against humanity" in its attempt to stay in power.