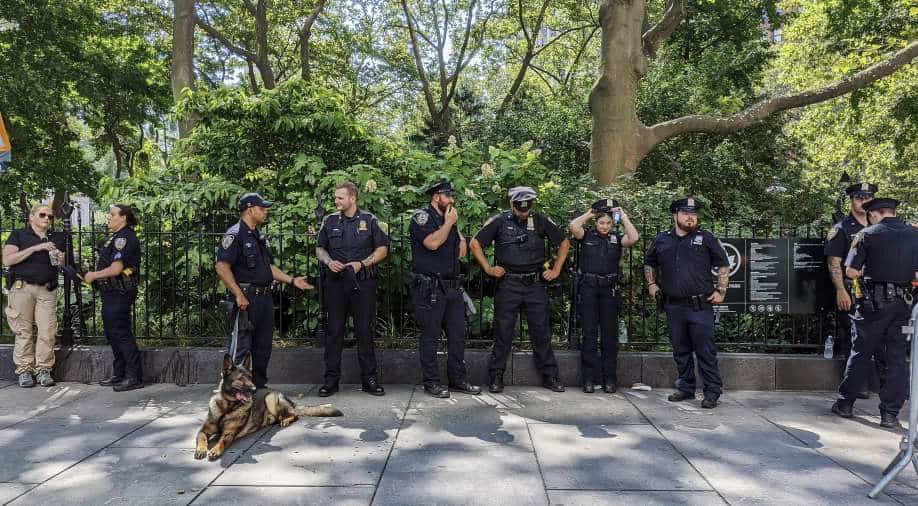 The data is scheduled to be released Monday along with a news release, but it was published early on the FBI’s Crime Data Explorer websiteThe Uniform Crime Report will stand as the official word on an unusually grim year, detailing a rise in murder of around 29%. The previous largest one-year change was a 12.7% increase in 1968. The national rate, murders per 100,000, still remains about one-third below the rate in the early 1990s

The United States in 2020 experienced the biggest rise in murder since the start of national record-keeping in 1960, according to data gathered by the FBI for its annual report on crime.

The Uniform Crime Report will stand as the official word on an unusually grim year, detailing a rise in murder of around 29%. The previous largest one-year change was a 12.7% increase in 1968. The national rate, murders per 100,000, still remains about one-third below the rate in the early 1990s.

The data is scheduled to be released Monday along with a news release, but it was published early on the FBI’s Crime Data Explorer website.

The FBI said some numbers could change by Monday as it reviews possible discrepancies and receives updates. But the main conclusions of the data are highly unlikely to change.

Separately, an independent analysis of big cities finds at least one promising sign that the murder rate may be flattening this year: The increase in murders this summer does not appear to be as large as the record spike last summer.

Here are the main takeaways from the crime data for 2020 as well as the best evidence of where things stand so far in 2021.

The Rise in Murder Was National, Not Regional

The reasons for the rise may never be fully sorted out, but analysts have pointed to many possible contributing factors, including various pandemic stresses; increased distrust between the police and the public after the murder of George Floyd, including a pullback by the police in response to criticism; and increased firearm carrying.

Also read | Guatemala volcano erupts but no evacuations yet

About 77% of reported murders in 2020 were committed with a firearm, the highest share ever reported, up from 67% a decade ago.

The change in murder was a national phenomenon and not a regional one. Murder rose more than 35% in cities with populations over 250,000 that reported full data.

One regional factor stayed consistent: Louisiana had the highest murder rate for the 32nd straight year.

Murders were already elevated in the first few months of 2020, then increased significantly in June and stayed high through the remainder of the year.

Even with the rise in murders and a roughly 5% increase in violent crime, the new data shows that overall major crimes fell about 4% to 5% in 2020.

Murder, although it carries the highest societal cost, makes up a tiny portion of major crimes as defined by the FBI.

The evidence on police officer employment had been mixed. An earlier survey of 200 police departments found large increases in retirements between April 2020 and April 2021, while data from the Bureau of Labor Statistics showed virtually no change in the number of people employed at local police departments.

The new data showed little overall change. But large agencies were substantially more likely than small ones to report a decline in officers. Newark, New Jersey, and New York City reported some of the largest percentage declines, with New York dropping by more than 2,500 officers from 2019 to 2020, according to the FBI data.

This data is useful in describing the overall trend, but it does not provide insight into the question of why some agencies lost officers. Was it because of poor morale and increased difficulties in doing the job, or did retirements surge because increased overtime in 2020 made it a more attractive prospect?

Or maybe some agencies lost officers overall because the pandemic made hiring replacements particularly challenging. These questions remain unanswered by the UCR data.

The evidence from big cities suggests that murder is still up in 2021 relative to 2020, although the increase is not nearly as big. My collection of data from 87 cities with publicly available year-to-date data shows murder up by 9.9% relative to comparable points in 2020.

Some cities like Portland, Oregon, and Las Vegas are seeing big increases relative to last year; some big cities, like Chicago and New York, are seeing flat numbers after sizable increases in 2020 and some places, like St. Louis (which had the nation’s highest murder rate in 2020), are seeing sizable declines.

The first half of this year largely followed the pattern begun in the second half of last year. The rate of increase in murder appears to be decelerating as more cities that had big increases starting last summer begin to report data for this summer.

Held Back by Lack of Data

The picture for 2021 is made murkier by less data. The FBI has published national UCR estimates every year since 1960, but it is switching to a new crime reporting system next year.

Last year, the FBI began publishing quarterly crime updates, but this year it did not produce national updates for the first or second quarter because not enough agencies submitted data. This probably reflects struggles among law enforcement agencies nationwide to switch to the new system, called NIBRS, which is expected to provide more insight into a wider array of crimes at both the local and national level. In 2020, fewer than 10,000 of more than 18,000 participating agencies submitted data via NIBRS.

As crime analysts have noted for years, the United States does not have a system of timely data collection to estimate crime trends quickly. The FBI does not publish the official annual statistics until nine months after the end of the previous year.

During this transition period between reporting systems and during this period of elevated shootings and murders, the data is getting worse, not better.