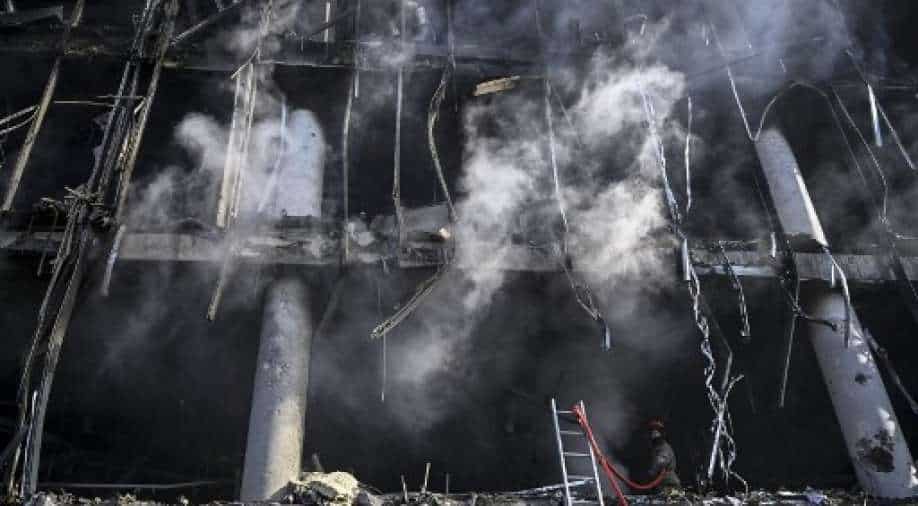 According to the Facebook post, the bombing from the Russian forces started when the mother was breastfeeding her new-born child while the child’s father was also at home.

The Ukraine-Russia war has been devastating for Ukraine and the people staying in the country but this war has also seen more heart-warming stories come out of the struggles of the Ukrainians.

A picture of an injured mother and a small child was published by a hospital in Kyiv.

According to the Facebook post, the bombing from the Russian forces started when the mother was breastfeeding her new-born child while the child’s father was also at home.

The sudden bombing took them by surprise but the mother was able to shield the child and both of them survived the attack.

Fighting continued in Ukraine as the Russian forces are still trying to make their way into Kyiv. Two children were killed in the town of Rubizhne after a residential building collapsed from the firing.

The rubble from the building caused serious damage to the people staying around the building and while another woman was killed in the shelling, her daughter survived and was in a stable condition.

Rubizhne is a part of small towns and villages that are still in Ukrainian control but are placed very close to the pro-Russian areas inside eastern Ukraine. It has become a focus point for the Russian forces who want to make significant territorial gains to the northwest in the region around Kharkiv.

On Friday, Reuters reported that four people were killed and ten others injured as Russian artillery opened up across a series of communities in the region, according to local Ukrainian authorities.