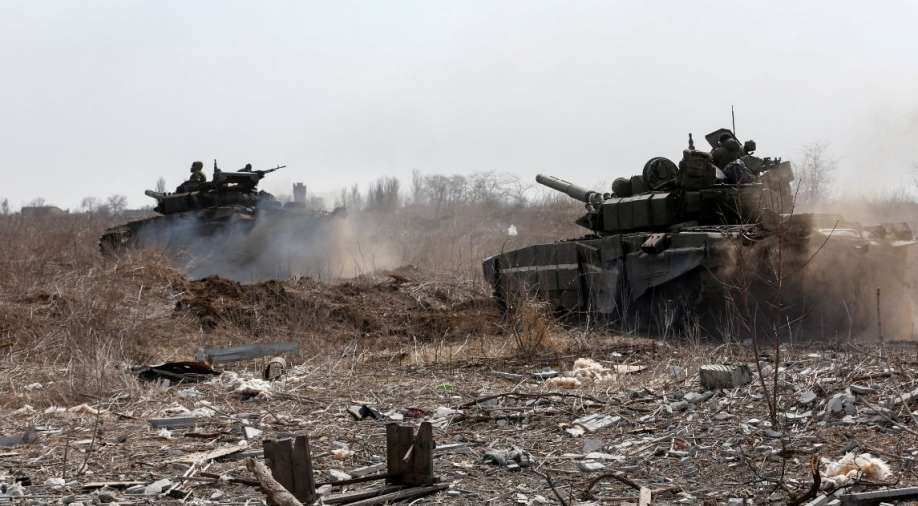 FILE PHOTO: Service members of pro-Russian troops are seen atop of tanks during Ukraine-Russia conflict on the outskirts of the besieged southern port city of Mariupol, Ukraine March 20, 2022. Photograph:( Reuters )

Officials on Sunday (March 20) have revealed that a deputy commander of Russia's Black Sea Fleet was killed in combat in the besieged port city of Mariupol.

The governor of Sevastopol Mikhail Razvozhayev said on Telegram: "Captain 1st Rank Andrei Nikolayevich Paly was killed in the fighting to liberate Mariupol from Ukrainian Nazis."

Razvozhayev added that Paly was an "open and decent person" and "enjoyed great authority in the fleet."

Although, media reports have stated that the Russian officials have just confirmed the news as Ukraine had claimed it killed Paly earlier.

For the unversed, Sevastopol is a port city in Crimea and the base of Russia's Black Sea Fleet. Crimea was annexed by Moscow from Ukraine in 2014.

Paly's death was also confirmed in the Russian upper parliamentary house by Yekaterina Altabaeva, who is the lawmaker of Sevastopol.

"Sevastopol has suffered a heavy, irreparable loss," Altabaeva said on Telegram, adding that Paly had died during "battles for the liberation of Mariupol from Nazis".

The exact date of Paly's death has not been revealed and there was no immediate confirmation from Russia's defence ministry.

Russia, which has been conducting a military operation in Ukraine since February 24, has insisted that its neighbour never join NATO, and has also called for its "demilitarisation" and "denazification".