Versailles closes ahead of 'yellow vest' protest as numbers fall 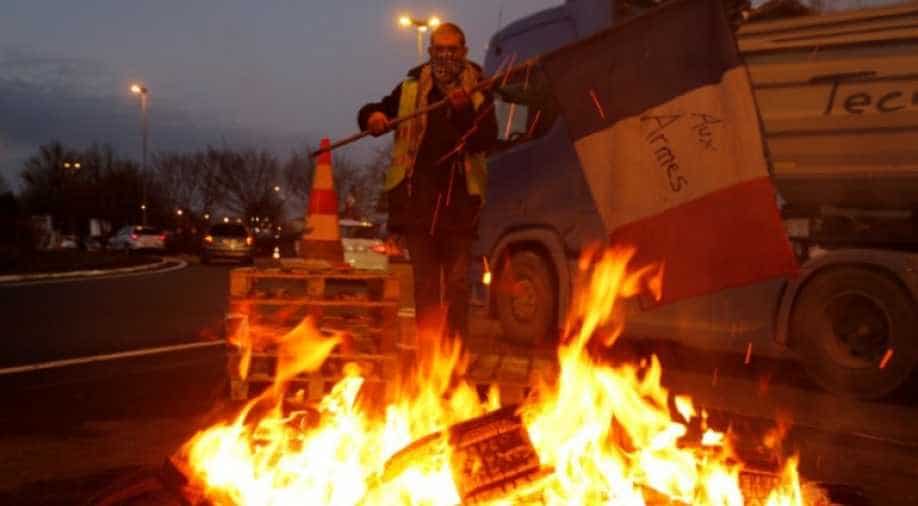 The protesters had been split  Friday on whether to stage another large rally in Paris, or in the nearby town of Versailles, once home to king Louis XVI who lost his head to the revolutionary guillotine.

French "yellow vests" prepared for the sixth Saturday of nationwide demonstrations, but numbers on the streets are falling fast as the police clear protest camps in the run-up to the Christmas holidays.

The protesters had been split Friday on whether to stage another large rally in Paris, or in the nearby town of Versailles, once home to king Louis XVI who lost his head to the revolutionary guillotine.

Fearing possible unrest, authorities said they were closing the Palace of Versailles and its gardens, a top tourist venue, on Saturday.

A Facebook event organised by "yellow vest" leader Eric Drouet listed 1,400 people as "participants" in the Versailles demonstration with a further 8,000 people saying they were "interested".

Meanwhile shopkeepers in Paris, many of whom remained shuttered over the past two weekends to guard against looting and violence, were urged to exercise caution.

On Friday evening, the French Senate approved a raft of measures to help the working poor and pensioners,  just hours after they had been adopted by the lower house of parliament. The measures should come into force early in 2019.

Philippe was greeted by demonstrators shouting "Macron resign," in a reference to President Emmanuel Macron.

Elsewhere, some "gilets jaunes" sought to keep pressure on the government to further boost spending power and give citizens more of a say in lawmaking by staging sporadic protests.

In the southwestern city of Toulouse, some 30 protesters held a rally lampooning Macron on his 41st birthday.

"We haven't brought him any presents because he hasn't given us any," said one protester.

The number of protesters has however fallen significantly since last week, when Macron, a pro-business centrist, gave into some of their demands.

The interior ministry estimated the numbers taking part in various protests on Thursday at under 4,000, the lowest since demonstrations began on November 17, with 282,000 taking part on the first Saturday.

The number of traffic roundabouts occupied by protesters in yellow high-visibility vests over the past five weeks has also markedly dropped.

Some 300 have been cleared by police since mid-December, with 200 still occupied, the interior ministry said Friday.