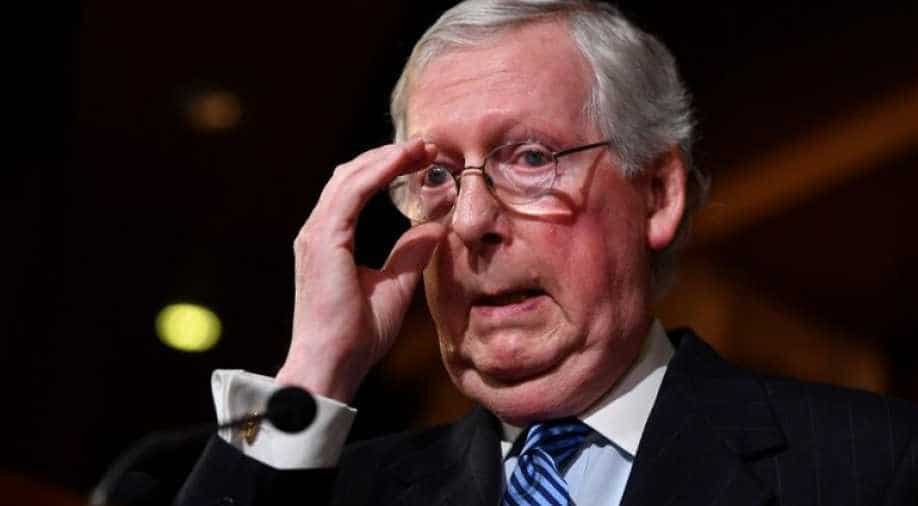 "I'm going to fight them every step of the way because I think this is the wrong prescription for America,'' McConnell said

As US President Joe Biden unveiled a $2 trillion infrastructure plan, US Senate Minority leader Mitch McConnell has lodged a protest, vowing to "fight every step of the way" against it.

“I'm going to fight them every step of the way because I think this is the wrong prescription for America," he said.

Biden has proposed to finance the spending through an increase of corporate tax from 21 per cent to 28 per cent.

McConnell has described this tax increase of the plan as a "Trojan horse" and has denied supporting the plan in its present form.

"I think that package that they're putting together now as much as we would like to address infrastructure is not going to get support from our side," McConnell said. "I think... the last thing the economy needs right now is a big whooping tax increase on all the productive sections of our economy."

While the White House is aiming to gather support from the Democratic and Republican members of the Congress, McConnell’s resistance can delay or shelf the plan’s approval completely.

Generally, 60 votes are required to pass legislation into the final law. However, in some cases, a simple majority can pass budget-related bills. The Democrats are hoping to achieve the same result as the Coronavirus relief bill, which was passed in March solely by Democratic support.