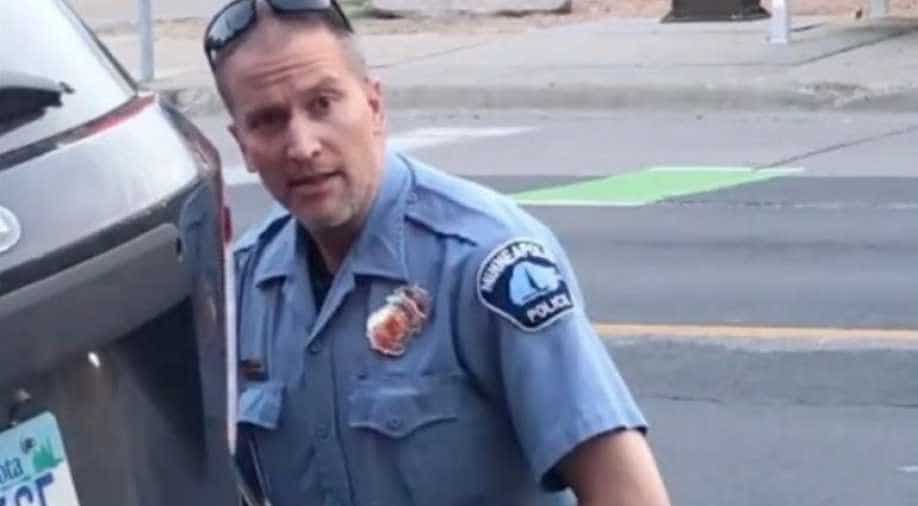 John Mark Harrington, the Minnesota department of public safety commissioner, announced the news shortly after a press conference about the Minneapolis protests ended.

Former Minneapolis police and the superintendent of the Bureau of Criminal Apprehension, officer Derek Chauvin, who has been identified as the man who put his knee on George Floyd’s neck, has been arrested in connection to Floyd’s death.

John Mark Harrington, the Minnesota department of public safety commissioner, announced the news shortly after a press conference about the Minneapolis protests ended.

Also read: 'This shouldn't be normal in 2020 America', Obama speaks out on Floyd's death

Harrington did not offer any information about the specific charges filed against Chauvin, and it’s unclear whether the three other officers who were also fired after Floyd’s death will be arrested.

Senator Amy Klobuchar confirmed Chauvin has been arrested in connection to the death of Floyd and is in the custody of the Minnesota Bureau of Criminal Apprehension.

Police officer Derek Chauvin has been arrested and is in custody for the murder of George Floyd. The first step towards justice.

Klobuchar has been criticized for not prosecuting police officers involved in fatal encounters while she was serving as Hennepin county attorney.

Floyd died after being apprehended by police Monday. A video that went viral shows an officer pinning his knee to Floyd's neck as he is on the ground, saying, "I can't breathe." The four officers involved have been fired, and investigations are ongoing. No charges have yet been announced.

His death in police custody has led to outrage across the nation and protests in many cities, including in Minneapolis, where violence has broken out over several nights this week.