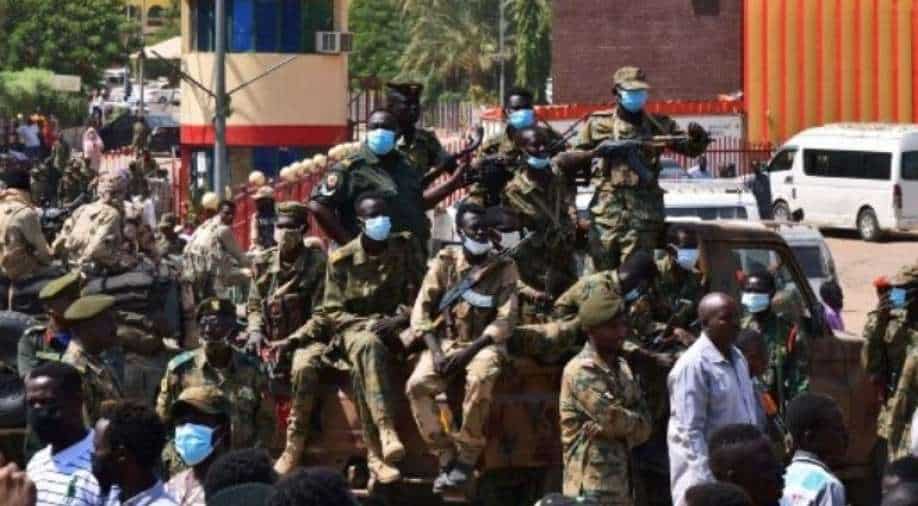 Sudanese security forces keep watch as they protect a military hospital and government offices during protests against a military coup overthrowing the transition to civilian rule on October 25, 2021 in the capital's twin city of Omdurman. Photograph:( AFP )

The US is pausing assistance from a $700 million emergency aid package for Sudan after the military arrested the prime minister and other government officials.

The US State Department said on Monday that it is withholding $700 million in emergency financing for Sudan in reaction to the continuing military coup attempt in the nation.

The putsch was criticised by spokesman Ned Price, who also announced that the disbursement of the full assistance package will be halted because the money were "designed to promote the country's democratic transition."

The US urged the immediate restoration of a civilian government.

"The civilian-led transitional government should be immediately restored and represents the will of the people," State Department spokesman Ned Price told reporters.

"In light of these developments, the United States is pausing assistance," Price said.

"We are very much standing with the people of Sudan. The people of Sudan have made clear their aspirations for the continuation of transition to democracy and we will continue to support that including, if needed, by holding accountable those responsible for these anti-democratic actions."

Price said that the US had no previous knowledge of the military's plan to depose Prime Minister Abdalla Hamdok and that it had been unable to reach the jailed civilian leader.

The coup occurred while Israel was attempting to improve relations with Sudan.

According to Israel's official radio, a senior Sudanese ambassador said that the military's seizure of the country will not have a significant impact on the normalisation process with Israel.

The military officials, many of whom favour normalisation efforts, had reinforced their position by dissolving the government and proclaiming a state of emergency, according to the Kan news report.

According to the site, Hamdok, who was detained during the coup, planned to fly to Washington shortly to formally sign the normalisation agreement.

Though the station stated many conversations on the topic were conducted Monday, Israeli officials have yet to openly react on the Sudanese coup.

Military authorities, according to Channel 12 News, are in support of the normalisation process.