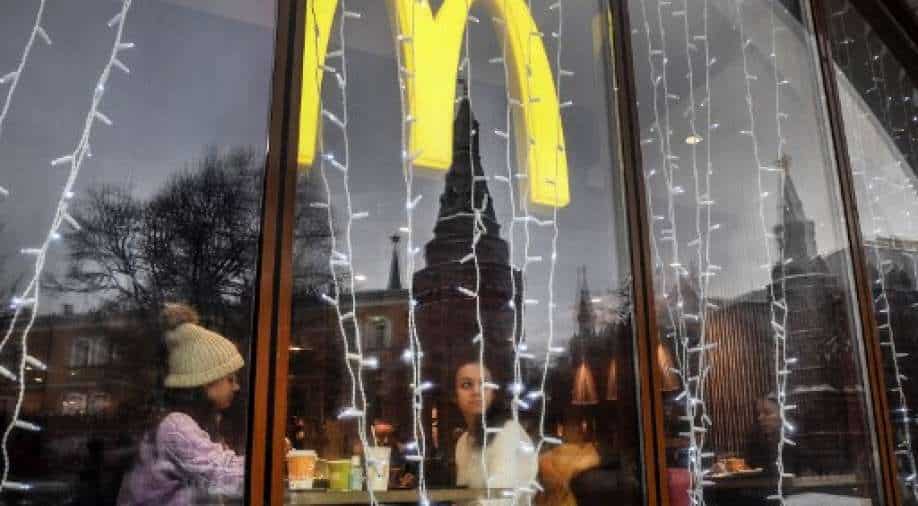 One meal, consisting of two burgers, two drinks and a cherry pie was listed, was being sold for 7,500 Russian rubles, equivalent to US $56

People in Russia have been selling McDonald’s food online at exorbitant prices after the fast-food chain closed all its 850 outlets in the country in protest against Ukrainian war.

Soon after McDonald’s made the announcement, thousands of Russians made a beeline outside several outlets in the hope of getting the last bite.

While some spent hours to get hold of the delicious burgers, the hoarders thought of making quick money out of the crisis.

People in Moscow waiting in line for McDonald's after they announced they would be closing all 847 locations in Russia. #RussiaUkraineCrisis #McDonalds #Moscow pic.twitter.com/CozmFpmexX

According to reports, several unavailable food items are being sold on Avito, a Russian auction site similar to eBay.

One meal, consisting of two burgers, two drinks and a cherry pie was listed, was being sold for 7,500 Russian rubles, equivalent to US $56.

The buyer would need to collect the meal, which was purchased fresh on 9 March, from an address in Moscow.

Similarly, one person priced a Big Mac meal at US $272 while another attempted to sell three bags of McDonald's goods for US $697.

Buy while it's hot

After McDonald's announcement that they were leaving #Russia, people have already started selling their supplies on Internet. pic.twitter.com/DtoWbuZ1If

McDonald’s, though initially hesitant to pull out, halted operations in Russia after facing backlash.

On March 9, President and CEO, Chris Kempczinski announced to temporarily close all the restaurants in Russia in the light of the conflict that has caused “unspeakable suffering to innocent people”.

“As a System, we join the world in condemning aggression and violence and praying for peace. Our number one priority from the start of this crisis has been – and will remain – our people,” Kempczinski said in an email addressed to McDonald’s employees and franchises which was later shared on Twitter.