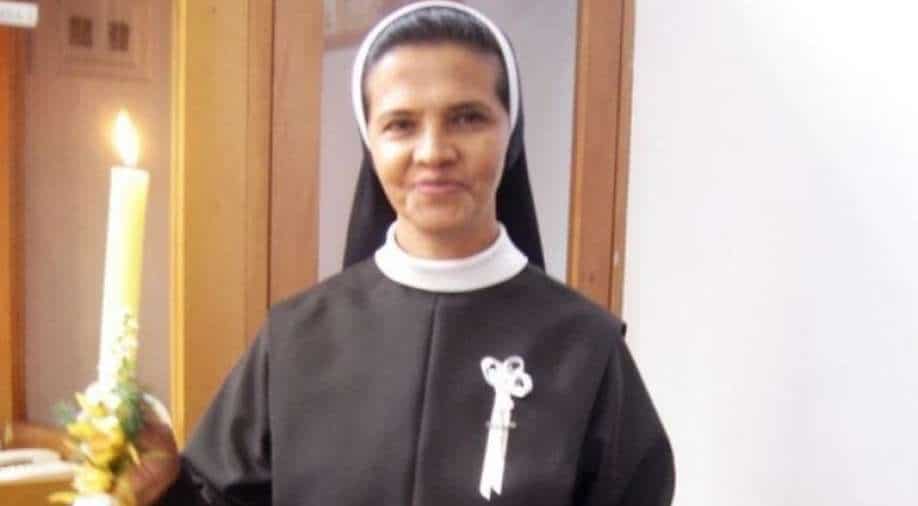 After more than four years, Colombian nun, Sister Gloria Cecilia Narvaez, has finally been released and she has thanked the authorities for making her release a possibility

A nun who was captured by Mali jihadists in 2017 has finally been released and all she had to say was “May God bless Mali”.

Now, after more than four years, she has finally been released and she has thanked the authorities for making her release a possibility.

She also assured everyone that she has managed to stay healthy through her years of captivity. "I am very happy, I stayed healthy for five years, thank God," the nun said smiling.

Her colleagues have also revealed that Sister Gloria had offered the jihadists to take her instead of the other younger nuns that used to work with. "She is a woman of a very particular human quality, down to earth ... moved by the love of the poor,” her colleague Sister Carmen Isabel Valencia said.

Mali's interim president Colonel Assimi Goita also heaved a sigh of relief upon her release and thanked the intelligence services and other authorities involved for successfully saving her from the jihadists after four years and eight months.

Goita also assured everyone that the authorities are working tirelessly to make sure that all others captured by Mali jihadists are also safely rescued.

"We prayed a lot for her release. I thank the Malian authorities and other good people who made this release possible," archbishop of Bamako Jean Zerbo said.