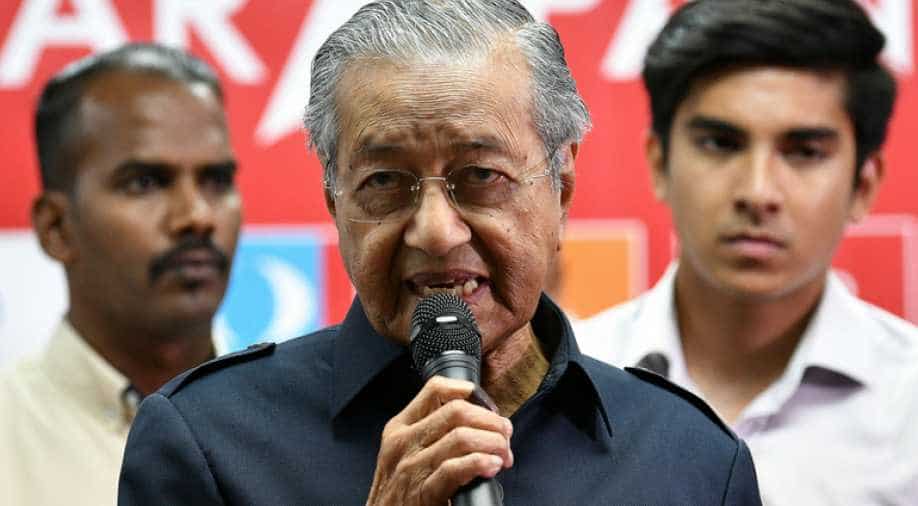 Malaysia is cancelling a project to build a high-speed rail link between its capital, Kuala Lumpur, and Singapore, and will talk with its southern neighbour about any compensation Malaysia has to pay, Prime Minister Mahathir Mohamad said on Monday.

Mahathir, the 92-year-old who triumphed in a general election this month, has made it a priority to cut the national debt and pledged to review big projects agreed by his predecessor that he says are expensive and have no financial benefit.

"It is a final decision, but it will take time because we have an agreement with Singapore," Mahathir told a news conference referring to his scrapping of the project, valued by analysts at about $17 billion.

The project is out for tender and was scheduled to be completed by 2026.

Mahathir said Malaysia may have to pay about 500 million ringgit ($125.63 million) to Singapore to get out of the deal.

Singapore's government did not immediately have any comment on Mahathir's vow to scrap the project.

Companies from China, Japan, South Korea and Europe were eyeing a contract to build, operate and finance the trains and the rail assets, sources close to the bidding process had told Reuters.

Even picking a winner was expected to test ties between Malaysia and Singapore, which have been frosty since the end of the colonial era in the 1960s, against the backdrop of broader tension over China's growing influence in the region.

About 90 percent of the rail network was set to be in Malaysia, including a terminal in Bandar Malaysia, a big property development owned by scandal-hit state fund 1Malaysia Development Berhad (1MDB).

A $1.7 billion deal to sell a majority stake in Bandar Malaysia to a Malaysian-Chinese consortium fell through in May 2017. A year on, the project has failed to attract any buyers.

Mahathir has reopened an investigation into 1MDB following his election victory. It is being investigated in other countries, including the United States.

Properties linked to former prime minister Najib Razak have been searched as part of the investigation, and Najib has given statements to an anti-graft agency.

Najib has long denied any wrongdoing.

Mahathir said his government was also in the process of renegotiating with Chinese partners over the terms of a $14 billion rail deal aimed at connecting the South China Sea at the Thai border in the east with the strategic shipping routes of the Straits of Malacca in the west.

He estimates that Malaysia could cut almost a fifth of its $250 billion national debt and liabilities by scrapping such big projects.