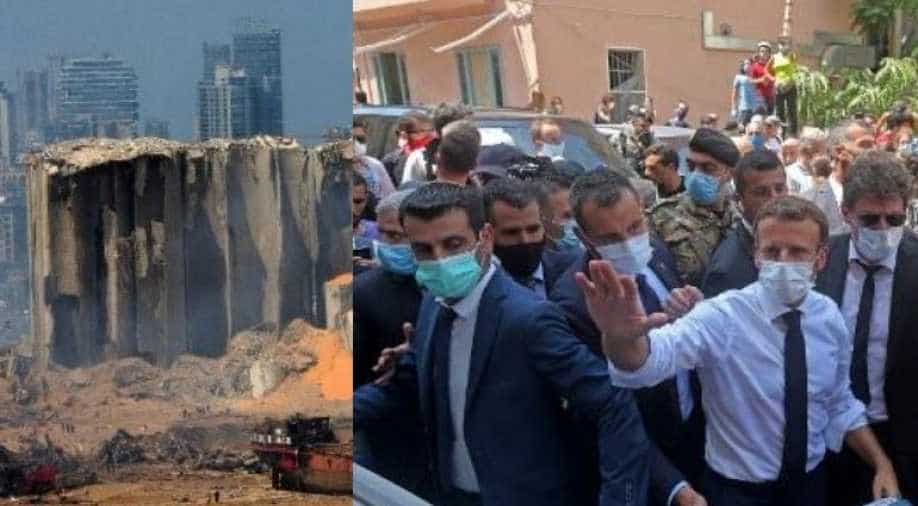 The death toll from the explosion has reached 171, while more than 6,000 have been wounded and 300,000 people have been temporarily displaced from their homes.

"Preliminary estimates of the losses suffered following the port explosion top 15 billion," he was quoted as telling Spain's King Felipe in a phone call, in a message on the presidency's Twitter account.

Also see: Beirut blast: Places where ammonium nitrate is being stored around the world

During a telephone call to President Hassan Rouhani, the French president said "necessity for all the powers concerned... to avoid any outside interference and to support the putting in place of a government which can manage the emergency."

The death toll from the explosion has reached 171, while more than 6,000 have been wounded and 300,000 people have been temporarily displaced from their homes.

It was caused by the ignition of 2,750 tons of ammonium nitrate that had been sitting at Beirut port for more than six years.

The explosion has fuelled popular outrage against the country's top political leaders and security agencies, and led to the resignation of the government on Monday.

An international donor conference on Sunday raised pledges worth nearly $298 million for immediate humanitarian relief, but foreign countries are demanding transparency over how the aid is used.