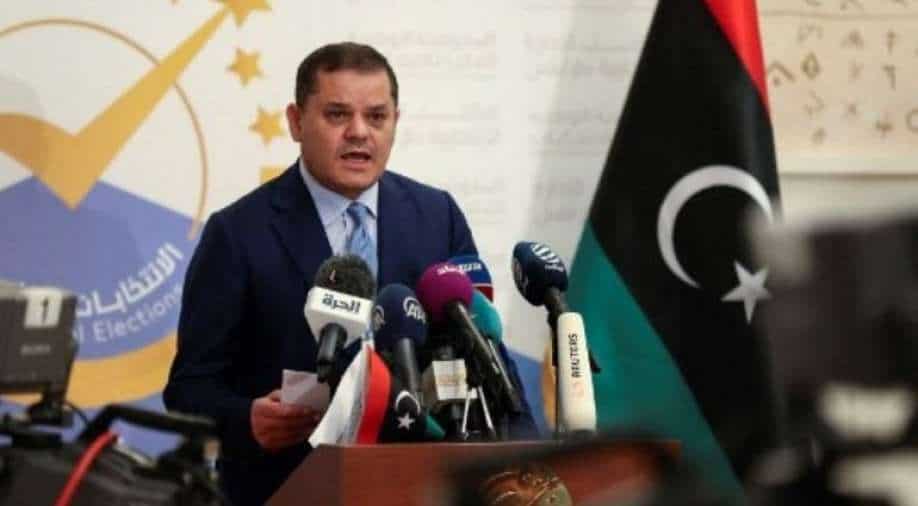 Libya has been torn apart by regional, tribal and ideological divisions since the 2011 revolt that toppled dictator Moamer Kadhafi.

Libyan Prime Minister Abdelhamid Dbeibah's car was targeted by gunfire overnight, local media reported, without specifying whether he had been inside.

The reports were not confirmed by officials.

The prime minister's social media feeds had published nothing on the subject, and spokesman Mohamed Hamouda did not respond to several attempts by AFP to contact him.

A police official told AFP on condition of anonymity that security services had received "no indication of gunfire in Tripoli".

The news came as the wartorn country's parliament, based in eastern Libya hundreds of miles (kilometres) from the capital, prepared to vote on a replacement for Dbeibah.

The premier, who had a mandate to lead the country to elections set for December last year but which were ultimately abandoned, has said he will only cede power to an elected government.

Hours before the reported shooting, Dbeibah had met dozens of supporters who had gathered at Martyrs' Square in Tripoli to protest against the parliament's attempts to remove him.

Libya has been torn apart by regional, tribal and ideological divisions since the 2011 revolt that toppled dictator Moamer Kadhafi.

A landmark ceasefire in late 2020 had cleared the way for United Nations-led efforts to bring an end to a decade of violence.

Dbeibah's unity government took office in early 2021 but when December 24 elections were cancelled amid deep divisions over their legal basis and several controversial candidates, his rivals charged that his mandate had ended.

The push to remove him has triggered fears of a return to east-west divisions and parallel governments.