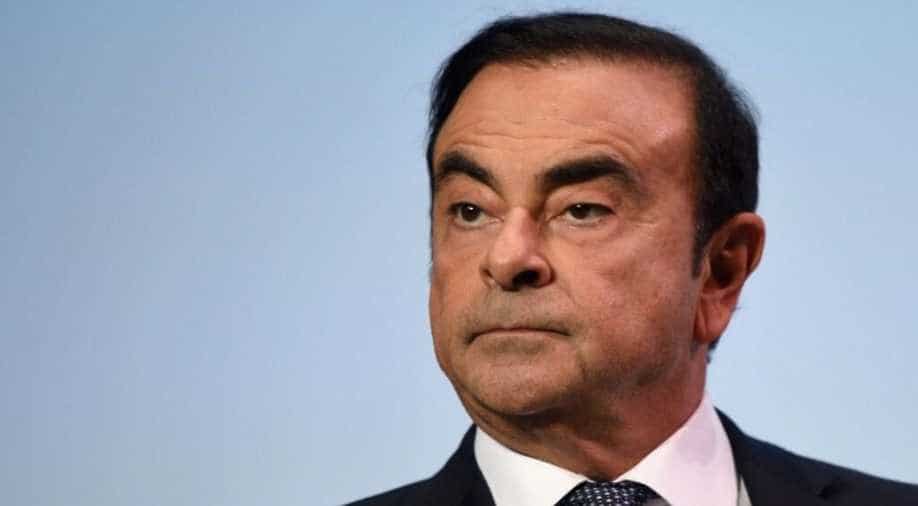 Lebanon banned former auto tycoon Carlos Ghosn from travelling on Thursday after questioning him over an Interpol "red notice" of charges of financial misconduct in Japan, judicial sources said.

The 65-year-old businessman, for years venerated in Japan for turning around once-ailing Nissan, fled while awaiting trial on charges including allegedly under-reporting his compensation to the tune of $85 million.

His shock arrival in his native Lebanon last month was the latest twist in a story worthy of a Hollywood plot and prompted outrage from the Japanese government as well as from Nissan.

"The state prosecution issued a travel ban for Ghosn, and asked for his file from the Japanese authorities," said a judicial source.

A second judicial source said, "He has been banned from travelling until his judicial file arrives from Japan."

"According to what is inside the file, if it appears that the crimes he is accused of in Japan require being pursued in Lebanon, he will be tried," the source added.

"But if it doesn't require being pursued under Lebanese law, then he will be free."

Also Read: There was no way I was going to be treated fairly: Former Nissan chairman Carlos Ghosn

A "red notice" is a request to police across the world to provisionally arrest a person pending extradition, surrender or similar legal action. It is not an arrest warrant.

Lebanon does not have an extradition agreement with Japan.

Ghosn also made a statement to prosecutors on a report submitted by Lebanese lawyers that he had travelled to neighbouring Israel as head of Renault-Nissan.

Lebanon and neighbouring Israel are still technically at war, and Beirut has forbidden its citizens from visiting or having contacts.

In early 2008, Ghosn travelled to Israel to announce the mass production of electric vehicles there with the cooperation of Renault-Nissan.

At a press conference in Beirut on Wednesday, Ghosn apologised to the Lebanese people for having visited the neighbouring country.

He said he went as the head of Renault.

"I went as a Frenchman because of a contract between Renault and an Israeli company," said Ghosn, who holds French, Lebanese and Brazilian nationalities.

"I always come back to Lebanon and nothing has ever happened before," he said.