On the campaign trail: Democrats deliver closing arguments with dogs, comedians and planes 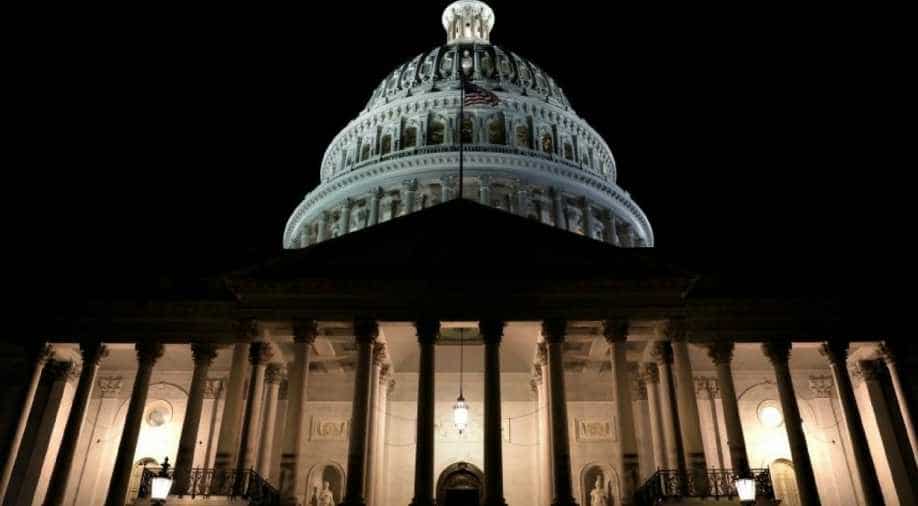 Final campaigning before Monday's caucuses took on extra urgency as Sanders, Warren and fellow senators were stuck in Washington serving as jurors in Trump's impeachment trial.

Democratic presidential candidates fanned out across Iowa on Saturday for a frenzy of rallies and last-ditch speeches with just two days to go before the rural state kicks off the nominating process.

Public opinion polls show a tight race for the right to take on Republican President Donald Trump in November. US Senator Bernie Sanders and former Vice President Joe Biden are in a dead heat for first place, with US Senator Elizabeth Warren and former South Bend, Indiana, Mayor Pete Buttigieg close behind.

The final campaigning before Monday's caucuses took on extra urgency as Sanders, Warren and fellow senators have been stuck in Washington serving as jurors in Trump's impeachment trial and are due to return by Monday morning for closing arguments. Here is what is happening in Iowa on the campaign trail:

A comedy troupe confronted Biden on Saturday at a town hall in North Liberty, Iowa, prompting an awkward exchange. One of the men stood as Biden was getting underway with his speech and asked the former vice president for advice on how to get his wife back. Biden offered to speak to the man afterwards, but the man persisted.

"I’m beginning to see why your wife left you," Biden said to cheers and laughter at a packed campaign event. Moments later, another man stood up wearing a shirt that mimicked the colours and style of Biden campaign attire but instead said, "Settle for Biden." People chanted "Let’s go Joe" as the comedians exited. The men did not identify themselves to reporters but matched the descriptions of a comedy troupe called The Good Liars that confronts politicians at public events. 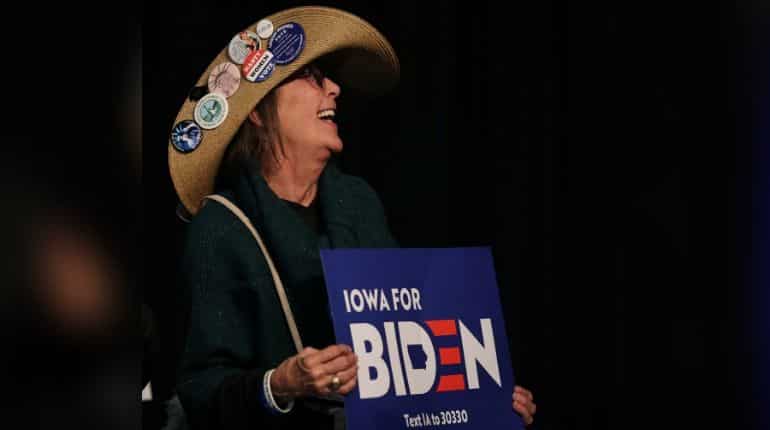 US Senator Amy Klobuchar zipped around Iowa on a charter plane to try to hit as many campaign events as possible. Klobuchar is trying to mount a late surge and beat expectations after struggling for the past year to break 10 per cent in polls. Her campaign strategy has relied on spending time on the ground in Iowa, which got derailed by the impeachment trial.

Her final Saturday night event in Beaverdale, a suburb of Des Moines, at her fourth event of the day, she joked about being stuck in Washington. "I'm trying to make up for being gone for 10 days in two days," she said. "I may be the juror in that chamber but you are the jurors in this election. That's your job."

Also Read: US Presidential elections 2020: Which Democratic contender stands where

This is our moment

Warren may have hit the ground running in Iowa on Saturday, but she took a moment to offer new remarks reminiscing on a year on the campaign trail. “You’ve pressed notes into my hand, you’ve whispered your dreams into my ears, you’ve told me about your lives, about issues, about your ideas on how we can make things better,” she said at an event in Cedar Rapids.

At a Saturday morning event in Des Moines, signs behind her declared "Unite the Party," suggesting that she is best positioned to bring Democrats together to defeat Trump, a new addition to her campaign message in the closing stretch. 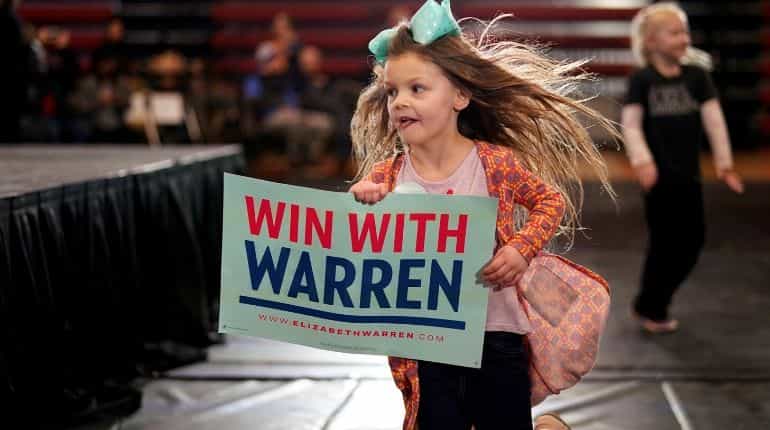 Warren fled Washington on Friday night as soon as the impeachment proceedings ended for the day, arriving in Des Moines for a late-night event at a crowded brewery. The bar ran out of clean glasses to keep pouring beer before Warren emerged, holding her husband's hand and dragging him into the crowd.

The pressing need to play catch-up after having been taken off the campaign trail for Trump's trial was evident on Saturday. To save time so she could get to another event, Warren skipped her usual "selfie" line.

“I need to get around to a lot of places in Iowa today and tomorrow,” she said after one event. But she had a worthy substitute: Bailey, her golden retriever, who has become perhaps her most beloved campaign surrogate, would stay for a photo line. “He’s been working on his smile,” she said, as the crowd cooed at a happy-looking Bailey. “He’s ready.”

At a Sanders campaign rally on Friday night, one of his high-profile supporters waded into an ongoing fight with Hillary Clinton, his Democratic primary opponent in the 2016 White House contest. In an interview last month, Clinton said no one in the Senate liked Sanders, and she criticized how his supporters treated her after she won the nomination four years ago.

On Friday, when the crowd at Sanders' rally began to boo at the mention of Clinton's name, the moderator interjected, "We're not going to boo here, we're classy here." But US Representative Rashida Tlaib, speaking on a panel at the event, was not having any of it. "No, no. I'll boo. Boo," the congresswoman said. "You all know I can't be quiet, no, we're going to boo. That's all right, the haters will shut up on Monday when we win." On Saturday, she voiced regret.

"I allowed my disappointment with Secretary Clinton's latest comments about Senator Sanders and his supporters get the best of me," Tlaib said in a statement on Twitter, adding the movement "deserved better."

A labour union representing 200,000 transit workers endorsed Biden on Saturday, a shift after having backed Sanders in the 2016 campaign. Sanders has been racking up union endorsements, support that played an important role in his failed 2016 bid for the nomination.

The Amalgamated Transit Union (ATU) announced it is encouraging members to support Biden after a survey of the union's membership found a majority believe the former vice president is the best positioned to beat Trump.

"Joe Biden has been a true champion of working Americans throughout his career," said ATU International President John Costa in a statement. "We know he will fight to rebuild the middle class by restoring the rights of labour, advancing racial justice and equity, and bolstering our economy through an unprecedented investment in public services like transit."