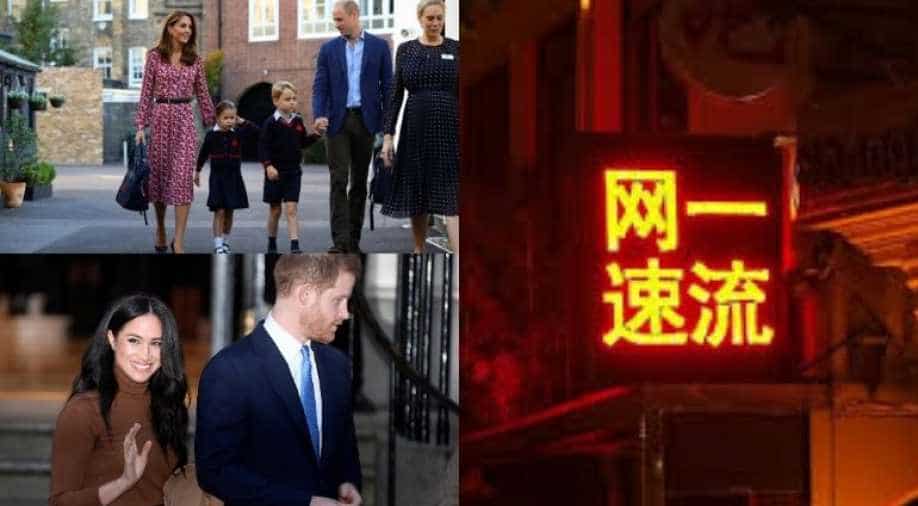 The website was supposed to link out to Welsh charity Dolen Cymru, of which Prince Harry is patron, but instead included a link to a Chinese adult website.

The British monarchy was left ashen-faced on Monday after it emerged that clicking on a link on the Royal Family's website led to a site featuring inappropriate content.

The website was supposed to link out to Welsh charity Dolen Cymru, of which Prince Harry is patron, but instead included a link to a Chinese adult website.

After meeting members during his gap year placement in Lesotho in 2004 Prince Harry was named royal patron of the organisation in 2007 which introduces professionals from schools and hospitals to each other.

See: 5 times members of the British royal family got into legal feuds with media

The unfortunate horror has not been addressed by the Palace, though the link has since been corrected to www.waleslesotholink.org. This is not the first time an error on such a scale has been made by palace officials when it comes to an online forum.

The birth of the Royal Prince Archie in May 2019 was marked by statements from a royal commentator who suggested that palace aides may have been caught off guard by the arrival of the son of the Duke and Duchess of Sussex.

The announcement that the 37-year-old Duchess had gone into labour was followed by another one less than an hour later, revealing that she had safely delivered a son. Meanwhile, it took a while for the Buckingham Palace to issue a statement on the joyous occasion as they were seemingly unaware of the birth of another Royal.

In a hurry to share photos across all official channels of the newest member of the royal family, social media team of the Palace made a mistake and got Diana's sisters mixed up.