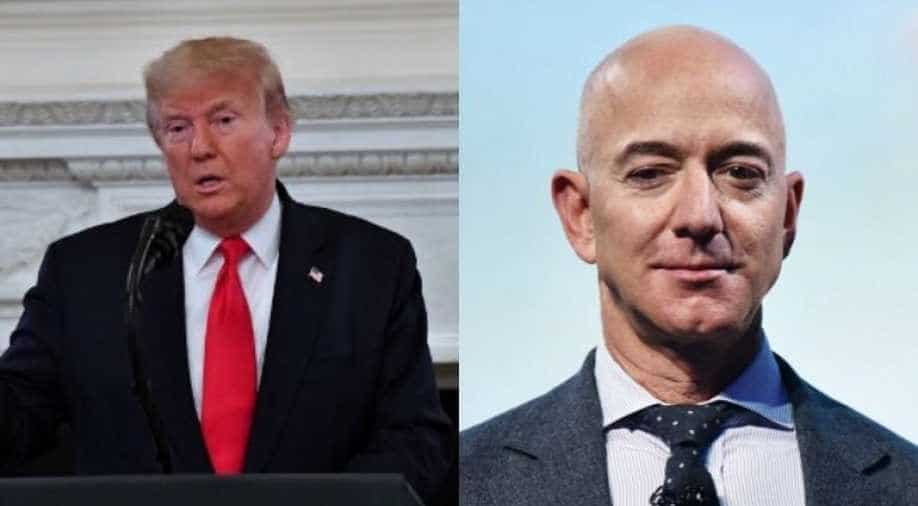 Amazon is seeking testimony from US President Donald Trump and Defense Secretary Mark Esper on how the tech giant was shut out of a $10 billion US military cloud computing Pentagon contract.

According to court documents made public on Monday, the company wants the Trump administration to hand over documents and emails relating to the contract.

The company alleged that Trump ''exerted undue influence'' on the decision to deny it the $10 billion contract.

The other individuals "can testify about specific conversations he had with them," Amazon's lawyers said.

"The request is unnecessary, burdensome and merely seeks to delay getting this important technology into the hands of our warfighters," Carver added.

The JEDI contract is intended to give the military better access to data and technology from remote locations.

The 10-year contract for the Joint Enterprise Defense Infrastructure program, better known as JEDI, will ultimately see all military branches sharing information in a system boosted by artificial intelligence.

Amazon was considered the lead contender to provide technology for JEDI, with AWS dominating the cloud computing arena and the company already providing classified servers for other government outfits including the CIA.

The Pentagon's mistakes in the contract were "hard to understand and impossible to assess" when separated from Trump's "repeatedly expressed determination to, in the words of the president himself, 'screw Amazon,'" court documents filed by Amazon argued.

The bid protest filed in US Court of Federal Claims urges that the rival JEDI bids be re-evaluated and a new decision reached.

The lawsuit filed by Amazon will not delay implementation of the project, a senior Pentagon official said in December.