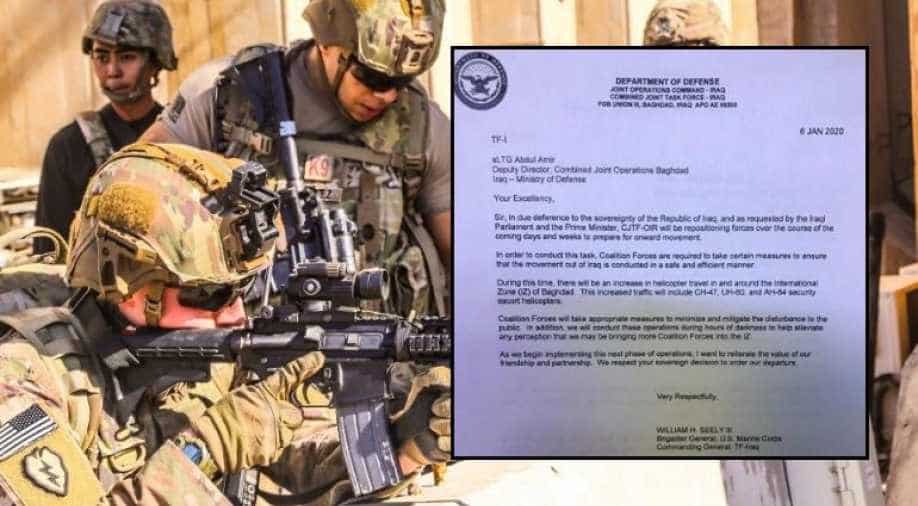 Pentagon Joint Chiefs Chairman Mark Milley said the letter was only a 'draft'.

Just hours after a leaked letter appeared in the media informing about American military pullout from Iraq, US defence secretary Mark Esper dismissed the report asserting that the country had no such plans. 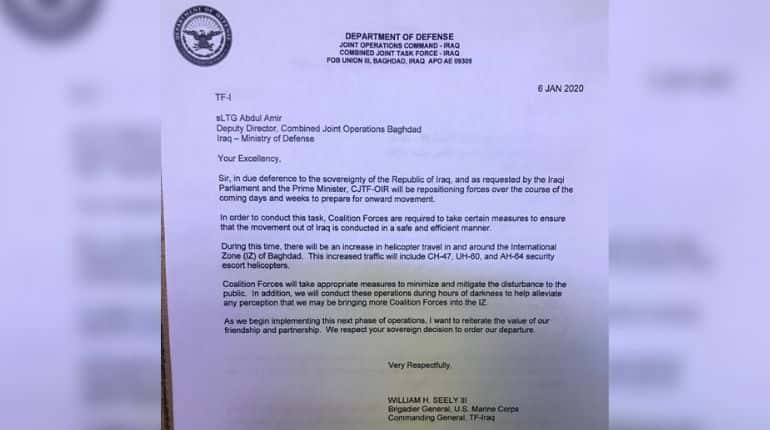 The United States has over 5,000 troops positioned in Iraq.

"That letter is inconsistent with where we are right now," Esper added.

In the leaked letter Brigadier General William Seely was seen to be indicating US troop pullout from Iraq.

"In deference to the sovereignty of the Republic of Iraq, and as requested by the Iraqi Parliament and the Prime Minister, CJTF-OIR will be repositioning forces over the course of the coming days and weeks to prepare for onward movement,"
William Seely wrote in the letter.

"We respect your sovereign decision to order our departure," the letter added.

However, Pentagon Joint Chiefs Chairman Mark Milley said the letter was only a "draft". Milley added that the letter was "poorly worded" terming it "honest mistake" and an "unsigned draft".

"This was a mistake," Milley said. "It shouldn't have been sent."

The letter comes as Iraq on Sunday voted for the expulsion of US troops amid assassination of Iran General Sulemani. The resolution passed by a special session of the Iraqi parliament said the government should cancel its request for assistance from a US-led coalition. Although the motion is non-binding but it is likely to go ahead with Prime Minister Adel Abdul Mahdi himself advocating US troop pullout from the country.

After the Iraqi Parliament's decision, President Trump warned he would impose "very big sanctions" on Iraq if the country moved to expel US troops.

"If they do ask us to leave -- if we don't do it in a very friendly basis -- we will charge them sanctions like they've never seen before," Trump said.

China extends its influence over United Nations Security Council, one post at a time!