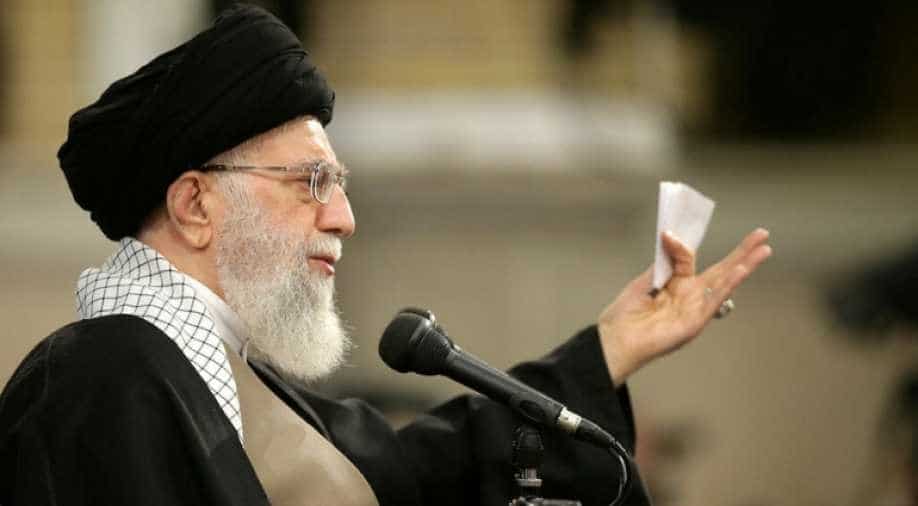 Ayatollah Ali Khamenei said the future of the land should be decided by Palestinians of all faiths, Jewish as well as Christian and Muslim.

Iran's supreme leader said Friday that calls for the abolition of Israel which have sparked outrage in the West target the "imposed state" not the Jewish people.

Ayatollah Ali Khamenei said the future of the land should be decided by Palestinians of all faiths, Jewish as well as Christian and Muslim.

"The 'abolition of the Israeli regime' ... does not mean the abolition of Jewish people; we have no problem with them," Khamenei told a meeting of Islamic countries in Tehran, according to his official website.

It means "abolition of the imposed regime and state, that the Palestinian people, whether Muslim, Christian or Jewish... choose their own government and oust thugs like (Benjamin) Netanyahu," he added, referring to Israel's prime minister.

The Iranian government does not recognise Israel, referring to it as the "Zionist regime", and support for the Palestinian cause has been a constant feature of its foreign policy since the Islamic revolution of 1979.

Iran openly supports Israeli foes like Hamas and Islamic Jihad in the occupied Palestinian territories and Hezbollah in Lebanon.

"We are not anti-semitic. Jews are living in utmost safety in our country. We only support the people of Palestine and their independence," he said.

Khamenei said that the "enemies of Islam," including Israel and the United States, seek to sow discord between Islamic countries and called for unity in the face of the "common enemy".

Tensions between Tehran and Washington have soared since President Donald Trump unilaterally withdrew from a landmark 2015 nuclear deal last year and reimposed crippling sanctions as part of a policy of "maximum pressure".

Since then the arch-foes have come to the brink of military confrontation after drones were downed and tankers and Saudi oil installations mysteriously attacked.