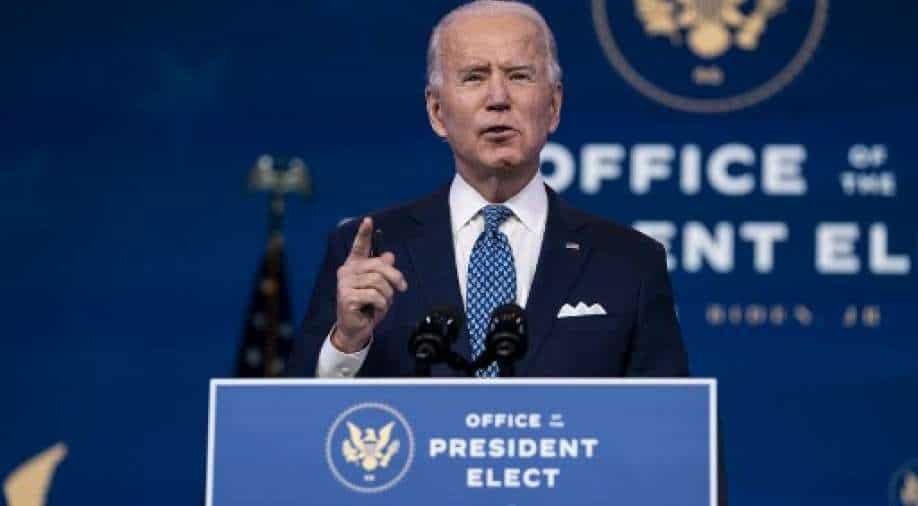 US President-elect Joe Biden said on Monday slammed China for its abuses on trade, technology, and human rights and stressed upon the ''security and prosperity in the Indo-Pacific region''.

Biden said that his administration will shift from the policies of Donald Trump and its focus is on “rebuilding our alliances to close ranks with our partners and bring to bear the full benefits of our shared strength for the American people”.

One of his toughest tasks will be rebuilding US alliances that have frayed under four years of Trump's "America First" agenda.

“(As) we compete with China and hold China’s government accountable for its abuses on trade, technology, human rights, and other fronts, our position will be much stronger when we build coalitions of like-minded partners and allies to make common cause with us in defence of our shared interests and values,” the president-elect said.

He added, "On any issue that matters to the US and China relationship, from pursuing a foreign policy for the middle class, including a trade and economic agenda that produces and protects American workers, our intellectual prosperity and the environment, to ensuring security and prosperity in Indo-Pacific region, to championing human rights, we're stronger and more effective when we're flanked by nations that share our vision in the future of our world.''

Biden has also triggered nervousness among some China-watchers who fear he may opt for a conciliatory approach that could encourage China to step up its expansionism, as seen widely in the South China Sea and most recently along the border with India, and in its relationship with Australia.

When Biden takes office, he will inherit a wide range of foreign policy and national security challenges, including China, Iran, and North Korea, as well as the coronavirus pandemic raging across the globe.

Biden's remarks came after a meeting with his team of foreign policy and national security nominees and officials of his transition team. They will be scrutinised closely both at home in the US and abroad in India, Japan, and Australia for clarity on how he will run this most crucial relationship.