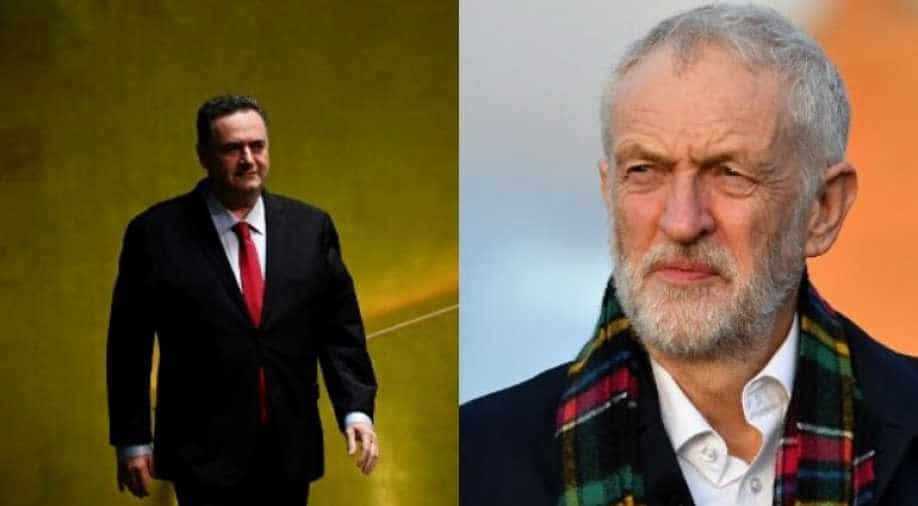 Last week, Foreign Minister Israel Katz said the Israeli government had not discussed the prospect of Corbyn's election or the future of intelligence and security ties with Britain should the veteran pro-Palestinian campaigner become its leader.

With Israel in political disarray of its own after two inconclusive elections, the British contest has elicited few comments from Israeli leaders despite deep concern among British Jews over Corbyn and media reports that some might opt to emigrate if he wins.

Last week, Foreign Minister Israel Katz said the Israeli government had not discussed the prospect of Corbyn's election or the future of intelligence and security ties with Britain should the veteran pro-Palestinian campaigner become its leader.

But pressed on the issue in an Israeli Army Radio interview on Thursday, Katz was more forthcoming as the 12 December ballot approaches.

"I won't meddle in internal elections but I personally hope that he won't be elected, with this whole wave of anti-Semitism...I hope the other side wins," he said.

Labour Party spokesmen did not immediately respond to a request for comment.

Katz played down the prospect that security relations with Britain, which include intelligence sharing over Islamist militant activity, would necessarily be degraded should Corbyn take office.

"Leaders don't harm their country's own interests so fast. But we will of course discuss these things if they occur," Katz said.

Corbyn has rejected allegations of anti-Semitism - last week Britain's chief rabbi accused him of failing to stem the "poison" gripping Labour - while holding to policies that rile Israel.

Last year, Corbyn said he would recognise a Palestinian state if elected. In a speech on Sunday, he pledged increased oversight of British arms exports to Israel in the name of not fuelling its conflict with the Palestinians.

On Tuesday, Corbyn made a direct apology for not doing enough to tackle anti-Semitism in his party.

"Obviously I'm very sorry for everything that has happened," he said. "But I want to make this clear, I am dealing with it, I have dealt with it."

Polls have shown Labour trailing Prime Minister Boris Johnson's Conservative Party. And for now, Israel does not appear to be bracing for any influx of British Jewish immigrants.

Asked about this possibility, its Immigration Ministry said in a brief statement only that it "is prepared to take in immigrants from all over the world and welcomes immigration in any political situation".

The quasi-governmental Jewish Agency for Israel, which handles immigration requests abroad, said 507 British Jews moved to Israel between January and October, an 8 per cent rise compared with the same period in 2018.

Yigal Palmor, the agency's head of international relations, played down any sense that Corbyn's candidacy was a major spur for British Jews to leave.

"We have no solid findings to show an increase in British immigration (due to the elections). What we have are more general indications - more discussions of the option," he said.