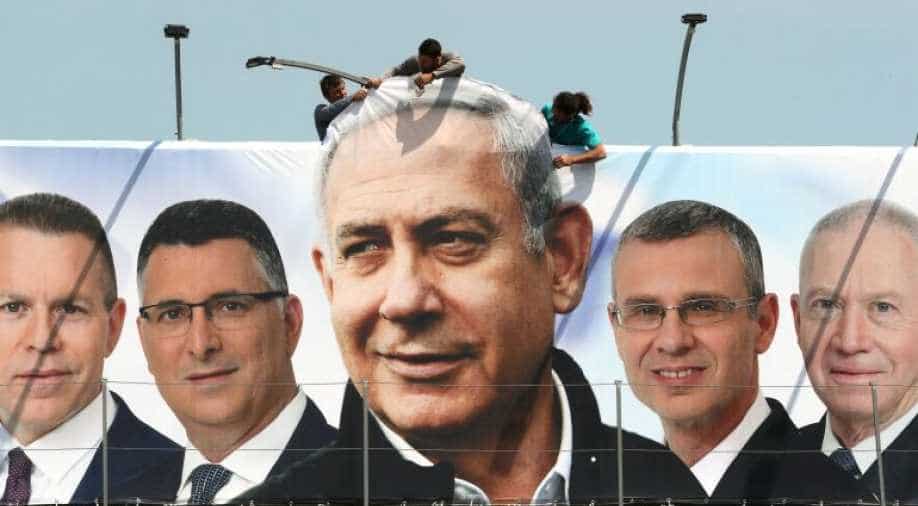 Netanyahu entered politics in 1976 after his brother was killed in a raid while rescuing hijacked Israeli hostages in Uganda.

Israel’s attorney general is preparing to indict Netanyahu for corruption but Netanyahu seems defiant and combative.

"I intend to serve you and the country as prime minister for many more years. Don't believe all the spin," Netanyahu had said recently.

Born in Tel Aviv, Netanyahu lived in the United States when he was a teenager and returned to Israel as an 18-year-old to serve in an elite commando unit.

He has fought in Lebanon and during the 1973 Arab-Israel war. He entered politics in 1976 after his brother was killed in a raid while rescuing hijacked Israeli hostages in Uganda.

Netanyahu used the network he built while studying in the US to forge his public persona. He became one of Israel’s main international advocates.

In 1984, his efforts gained him the prestigious position of Israel's envoy to the United Nations.

In 1988, Netanyahu became a lawmaker from the right-wing Likud party. He knew how to play politics and in 1992 became the party’s secretary. But Netanyahu was more ambitious than that. In 1996, he ran for the prime minister's post.

Israeli political veterans laughed at him, but he proved them wrong beating Shimon Peres to become Israel's youngest prime minister.

Netanyahu spent more time managing political infighting rather than developing the country, this cost him a re-election. He left politics for a while but returned to work under prime minister Ariel Sharon - only to quit again in 2005 in protest against the decision of a full Israeli withdrawal from Gaza.

Lately, he has been criticised for being too tolerant of the escalation in hostilities with Gaza. But it is worth remembering that under his leadership, Israel fought two wars against the strip in 2012 and 2014, when Israeli forces killed 2100 Palestinians and lost 67 of its own soldiers.

Netanyahu sees himself on the right wing of the political arena and has always supported the expansion of Israeli settlements on Palestinian land.

He believes Israel is a Jewish state and negates the possibility of an independent Palestinian state, which, he thinks, would turn into a potential hotbed for militant Islam.

Netanyahu’s strongest card is his international network and, particularly, his longstanding friendship with the United States. After a difficult time with former US president Barack Obama, Netanyahu found in Donald trump an overly pro-Israeli president.

Trump withdrew from the Iran 2015 nuclear deal which Netanyahu opposed. The US president declared Jerusalem as Israel’s capital, cut all American funds to the Palestinians and signed a decree recognising the occupied Golan Heights as Israeli territory.

These are all successes prime minister Benjamin Netanyahu can present as his own - and it may just help him overcome his latest challenge; it will soon be revealed.