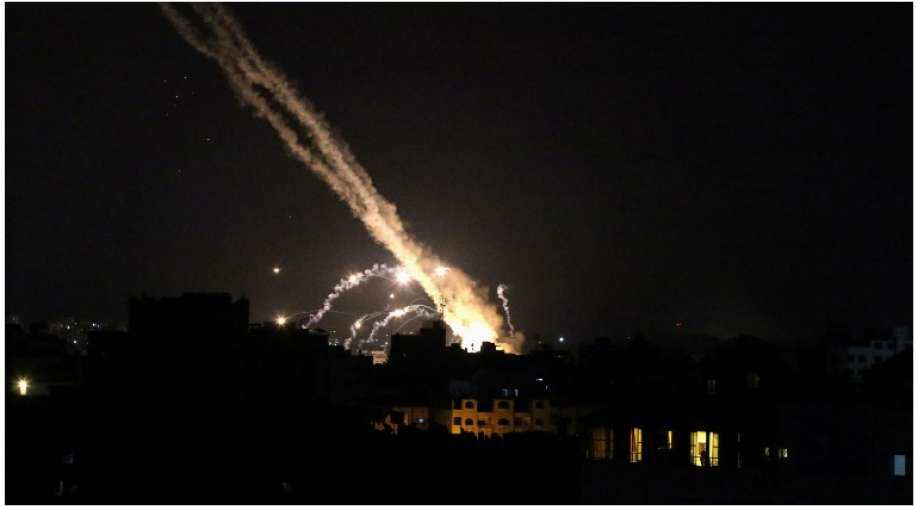 Israel on Friday carried out extensive airstrikes and fired artillery against a tunnel network under Gaza used by Palestinian militants. This is largest Israeli operation till date against a specific target since the latest conflict between Israel and Palestine began.

Rocket barrages against southern Israel swiftly followed the 40-minute pre-dawn offensive on the fifth day of the most serious fighting between Israel and Gaza militants since 2014.

A woman and her three children were killed in Gaza, health officials in the north of the enclave said, and their bodies were recovered from the rubble of their home. An elderly woman in Israel died while on her way to a shelter to shield from the rocket attacks.

Gaza's ruling Hamas group launched the rocket attacks at Jerusalem and Tel Aviv in retaliation for Israeli police clashes with Palestinians near Al-Aqsa Mosque in Jerusalem.

Palestinian medical officials said that at least 119 people, including 31 children and 19 women, had been killed.

The head of the International Criminal Court warned that individuals involved in the bloodshed may be targeted by its investigation into alleged war crimes in earlier bouts of the conflict.

In northern and eastern parts of Gaza, the sound of artillery fire and explosions echoed early on Friday.

The UN Office for the Coordination of Humanitarian Affairs said there were reports of more than 200 housing units destroyed or severely damaged and hundreds of people seeking shelter in schools in northern Gaza.

Israel says it makes every effort to preserve civilian life, including warning in advance of attacks.

"What we were targeting is an elaborate system of tunnels that spans underneath Gaza, mostly in the north but not limited to, and is a network that the operatives of Hamas use in order to move, in order to hide, for cover," Conricus told foreign reporters.

"We refer to (it) as the Metro," he said, adding that a final assessment on the outcome of the operation was pending.

US President Joe Biden called on Thursday for a de-escalation of the violence, saying he wanted to see a significant reduction in rocket attacks.