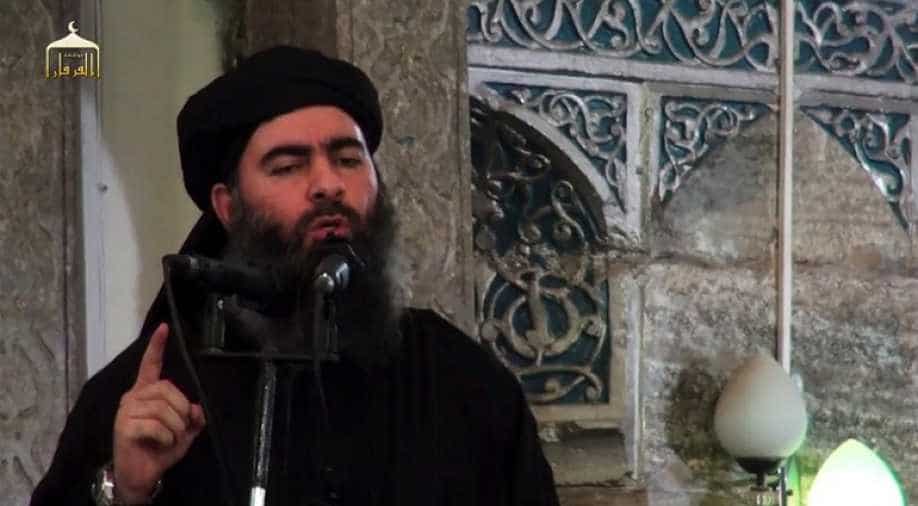 Johnson, who was updating Parliament about the progress in the fight against the IS, said western intelligence sources believed that Baghdadi was no longer in Mosul, The Guardian reported.

The IS chief, who was believed to be hiding in Mosul, broke his year-long silence with an audio recording, urging jihadists to continue their fight to the end in the city. "Do not retreat," he said in an audio recording that was released on the Internet on Wednesday.

Johnson said Baghdadi's audio recording was "cruelly ironic since some of the intelligence we have suggests he had himself vacated the scene and is yet using internet media to encourage others to take part in violence," The Guardian reported.

The battle for Mosul is expected to end in a decisive defeat for the terrorist group, but Baghdadi's escape is likely to complicate matters for Iraqi and coalition forces.

If Baghdadi, who surprised the world by establishing the caliphate after capturing Mosul in June 2014, were to be killed, IS would have to choose a new caliph. But it's unlikely Baghdadi's successor would have his authority and prestige.

Johnson said the recapture of Mosul, in the face of IS's "scorched earth campaign", would take time and represented "the coalition's greatest challenge", according to the report.

Johnson also said efforts were under way to prevent sectarian violence once the jihadist group was ousted from Mosul, whose Sunni population fears massacres from Shia militias determined to take revenge against those who collaborated with IS.

The foreign secretary also warned that once Mosul was freed an ISIS counter-insurgency was likely.

"This is going to be a long struggle for hearts and minds,” The Guardian quoted him as saying.