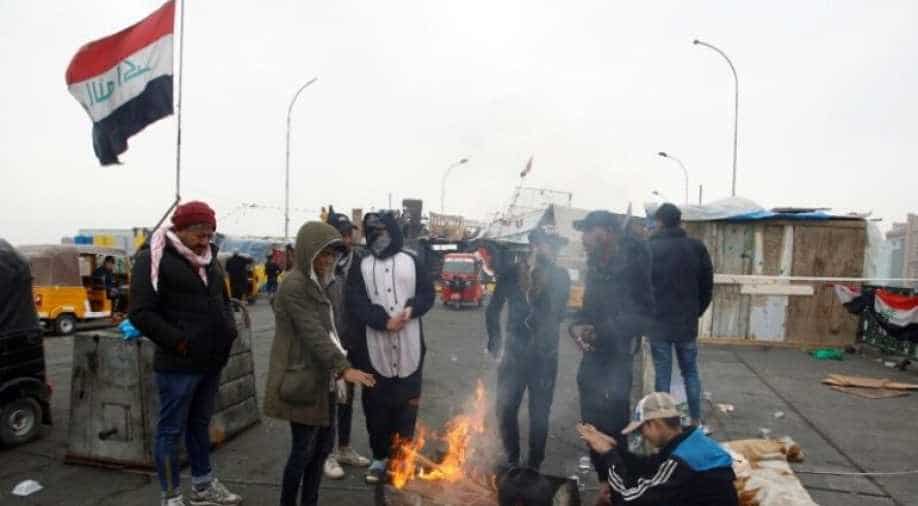 Iraqi demonstrators warm themselves during ongoing anti-government protests at Sinak bridge in Baghdad. Photograph:(Reuters)
Follow Us

'Saboteurs attacked the barricades in the Sinak bridge area and security forces have been using non-lethal methods to stop them for hours,' said a spokesman for the prime minister.

Iraqi security forces killed at least one protester and wounded 25 others on Friday when they launched tear gas canisters to break up a crowd trying to breach Baghdad's Sinak bridge, security and medical sources told Reuters.

The bridge is close to the capital's central Tahrir Square where thousands have been camped out for months, with recent clashes causing the authorities to restrict access to the crossing. The protester died after a tear gas canister was launched directly at his neck, the medical sources said. 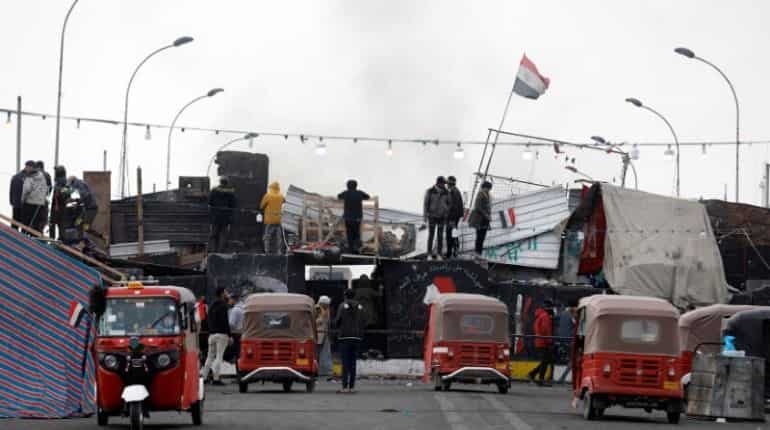 [ Iraqi demonstrators and tuk-tuk drivers are seen during ongoing anti-government protests at the Sinak bridge in Baghdad (Courtesy: Reuters) ]

"Saboteurs attacked the barricades in the Sinak bridge area and security forces have been using non-lethal methods to stop them for hours," said a spokesman for the prime minister.

Mass protests have gripped Iraq since October 1 and protesters, most of them young, are demanding an overhaul of a political system they see as profoundly corrupt and keeping most Iraqis in poverty. More than 450 people have been killed. 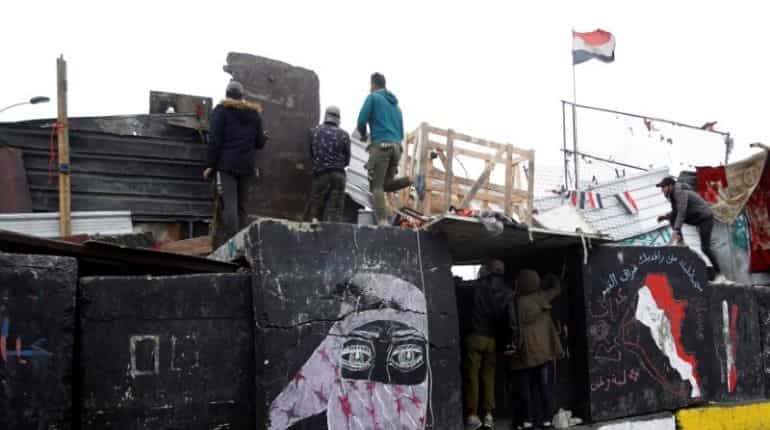 Despite numbers recently dwindling, protesters took to the streets again last week, determined to keep up the momentum of their protests despite attention turning to the threat of a US-Iran conflict after Washington killed Tehran's top general in an airstrike inside Iraq.