'Screw Iran! Screw America!': Thousands of Iraqis rally against government, Tehran and US 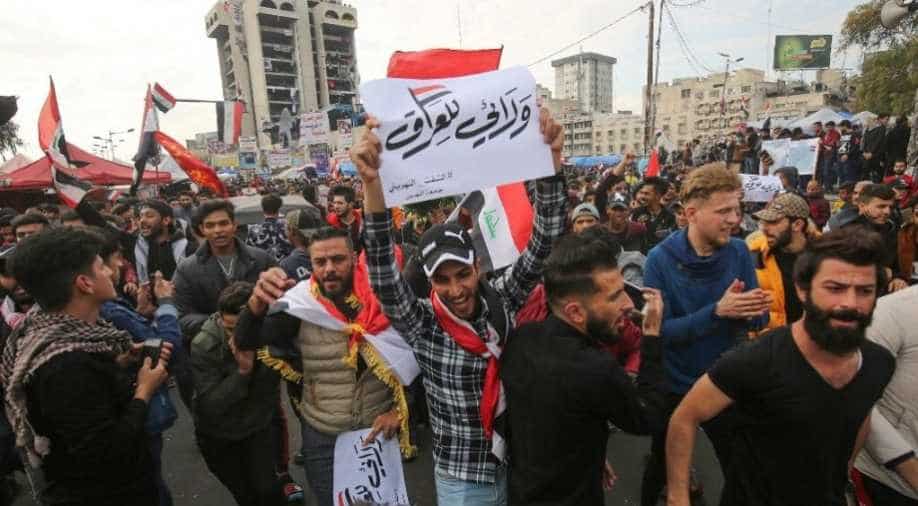 Thousands of Iraqis on Friday marched across the country in an attempt to revive the months-long anti-government protests that have gripped the country.

During the protest, demonstrators also expressed their anger towards the US and Iran over the recent strikes.

The anti-regime demonstrations had been overshadowed recently by spiralling tensions between Tehran and Washington, which led each country to carry out strikes against the other's assets in Iraq over the last week.

The US on Wednesday killed Iran's top military commander Qasem Soleimani in a drone attack on its Baghdad International Airport.

Soon after the attack, Iran vowed to take "severe revenge". On Wednesday Iran fired ballistic missiles on US airbases in Iraq targeting Al-Asad and Irbil.

Iraq is OPEC's second-largest crude producer, but one in five people live in poverty and unemployment is rife among youth, according to the World Bank.

Transparency International ranks Iraq the 12th most corrupt country in the world.

But the rallies were met with violence, with nearly 460 people killed and more than 25,000 wounded since they began.