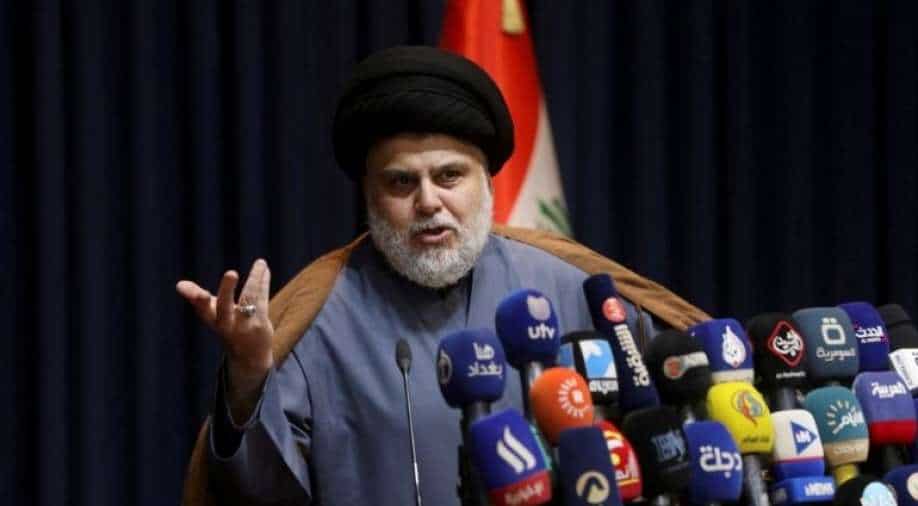 The delay prolongs a bitter deadlock in Iraqi politics months after an October general election from which Sadr emerged the biggest winner, with his Shi'ite, pro-Iran rivals receiving a hammering at the polls

Iraq's parliament on Saturday postponed once again a session to elect the country's new president over a lack of quorum.

It comes as a setback to an alliance led by cleric Moqtada al-Sadr which won the election.

But the lack of a quorum, set at two-thirds of the house's 329 members, held up the vote for the second time since February, deepening war-scarred Iraq's political uncertainty.

"It is a storm in a cup. Today is a good proof that the party that had claimed that it has the majority had failed to achieve it. It is a bad situation getting worse" said Farhad Alaaldin, chairman of the Iraq Advisory Council, a policy research institute.

Only 202 lawmakers showed up for the latest vote and a new session had to be scheduled for Wednesday.

Following the session, parliament speaker Mohammed al-Halbusi said the "lack of a quorum forces us to continue holding sessions until it is achieved", the state-owned Iraqi News Agency reported.

A win for Sadr's allies would threaten to exclude Tehran's allies from power for the first time in years.

The delay prolongs a bitter deadlock in Iraqi politics months after an October general election from which Sadr emerged the biggest winner, with his Shi'ite, pro-Iran rivals receiving a hammering at the polls.

On February 13, Iraq's supreme court ruled out a presidential bid by KDP-backed veteran politician Hoshyar Zebari, after a complaint filed against him over years-old, untried corruption charges.

Sadr, a Shi'ite cleric, has pledged to form a government that would exclude key Iranian allies that have long dominated the state, a red line for those parties and militias and the first time they would not have a cabinet place since 2003.

The candidates put forward for president in the months since the election have been viewed by Iran-aligned groups as Western-leaning and a threat to their interests.
An attempt to secure the post for Kurdish politician Hoshyar Zebari, a former foreign minister, failed when Iraq's Supreme Court last month banned his candidacy of over alleged corruption charges that had resurfaced. Zebari, who was backed by Sadr and allies of Sadr, denies the charges.

A first vote in parliament on February 7 failed to materialise as it was widely boycotted amid the Zebari legal wrangle.

Saturday's failed session underscored the sharp divide in Iraqi politics between Sadr, the general election's big winner, and the powerful Coordination Framework, which had called for a boycott.