Iran nuclear talks: US hopeful of building on negotiations progress this week 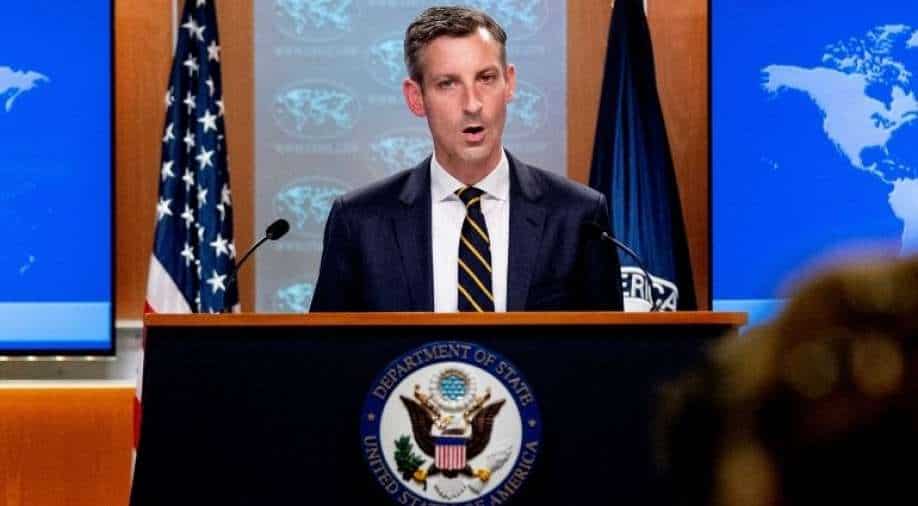 Ned Price, spokesman for the State Department, said on Tuesday that despite modest progress in Vienna, the United States hopes to build upon it this week in efforts to revive a 2015 agreement. Photograph:( Reuters )

Since the US left the agreement in 2015, Iran has stepped up its nuclear activities, amassing a stockpile of highly enriched uranium, violating many of the nuclear restrictions in the deal and going well beyond them

Despite modest progress during negotiations in Vienna, the United States hopes to build on that this week, State Department spokesman Ned Price said on Tuesday amid efforts to revive a 2015 agreement.

With that agreement, championed by former President Barack Obama, Iran was relieved from crippling sanctions in exchange for halting its nuclear programme. However, Donald Trump withdrew the United States from the Joint Comprehensive Plan of Action (JCPOA), in 2018, a year after he took office.

Iran has since stepped up its nuclear activities, amassing a stockpile of highly enriched uranium, violating many of the nuclear restrictions in the deal and going well beyond them.

Tehran, however maintains that it has never pursued the development of nuclear weapons. Its atomic program has further escalated the stakes despite Iran's claims that it only pursues peaceful nuclear activities.

During the negotiations for the nuclear deal, the UN's nuclear watchdog revealed that Iran had begun enriching uranium up to 20 per cent purity at an underground facility at Fordo, a site that was not permitted to enrich uranium under the deal.

Under the latest round of negotiations between Tehran and Washington, Iranian diplomats are once again seeking to lift US sanctions again.

"There was some modest progress in the talks last week. We hope to build on that this week," Price told reporters.

“Sanctions relief and the steps that the United States would take… when it comes to sanctions together with the nuclear steps that Iran would need to take if we were to achieve a mutual return to compliance with the JCPOA – that’s really at the heart of the negotiations that are ongoing in Vienna right now."

Watch: US, Russian officials coordinate in a bit to salvage 2015 Iran nuclear deal

Iran last week took a hard stance, suggesting that everything that had been discussed during previous diplomatic rounds could be renegotiated.

The Vienna talks last week marked the participation of Iran's new hard-line government for the first time in more than five months.