India, Russia against outside influence in internal matters of any nation: Modi 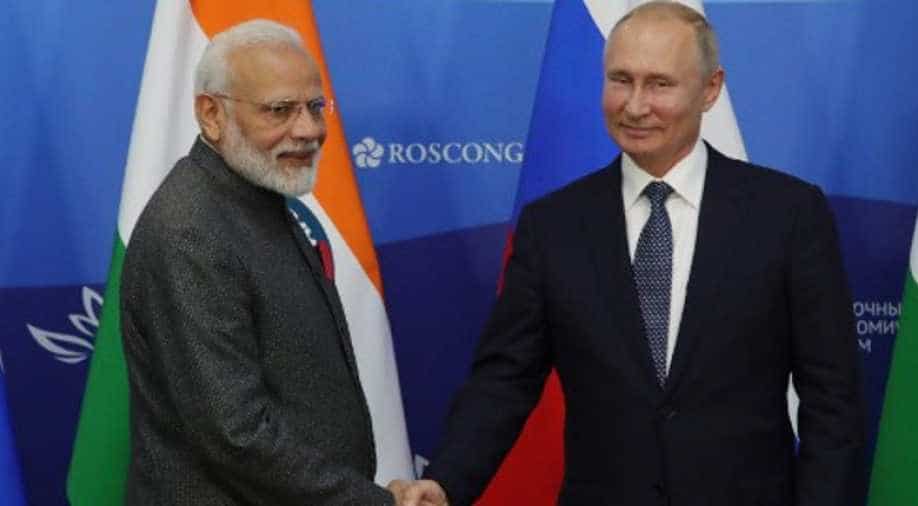 Both sides agreed on a five-year road map in the energy sector with focus on Indian investment in Russian oil fields.

Energy and connectivity dominated the agenda during the 20th India Russia annual summit that happened in Russia's far eastern city of Vladivostok. Key announcements were made on energy and a proposal has been made to have a full-fledged maritime route that serves as a link between Chennai and Vladivostok.

Both leaders had a "warm and very very productive meeting with PM Modi calling Russia as a reliable partner and a special friend and President Putin talked about taking India Russia ties to new heights," foreign secretary Vijay Gokhale said.

During the joint press conference after the bilateral meet, PM Modi said: "The India-Russia friendship is not restricted to their respective capital cities. We have put people at the core of this relationship".

Russian President Putin said, "I would underscore India is Russia’s key strategic partner. Mr. Modi and I have kept a personal touch."

Remembering former PM Atal Bihari Vajpayee, PM Modi said,"In 2000 when the first summit happened President Putin was still the president of Russia while I was the Gujarat chief minister who accompanied then PM of India Atalji."

The recent legislative changes by New Delhi on removing the special status for the erstwhile state of Jammu and Kashmir also came up during Putin-Modi meet.

Addressing the situation, PM Modi said that India and Russia are against outside influence in internal matters of any nation.

Responding to a WION question, foreign secretary Vijay Gokhale said,"Yes indeed this issue did come up. The PM explained to President Putin at length about the rationale behind the government's decision. The PM also explained the manner in which false and misleading information was given on this matter and PM Modi thanked Russia and President Putin for his very clear and strong support to India on this issue. They overall had useful exchange and it is our understanding Russia stands very firmly behind India on this matter."

Remember Russia was the first permanent five members of the United Nations security council to call the August, 5 decision by the Indian government on J&K as an internal issue.

During the talks, pharma, trade in local currency, shipbuilding and agriculture especially in export of rice, dairy products from India was discussed. PM Modi flagged the need for ease in visa processing for Indian businessmen in Russia.

The two governments exchanged fourteen MoUs out of which four were in the energy sector, five in the economic sector and two in the infrastructure sector and one inter-governmental agreement to produce spare parts for Russian origin military equipment. More than 30 commercial private India-Russia MoUs were also agreed upon including WION-Sputnik agreement.

In a special gesture on Wednesday morning, President Putin took PM Modi by boat to “Zvezda” shipbuilding complex where the two leaders spent two hours together.

On Thursday, PM Modi will address the Eastern Economic Forum where he has been invited as one of the chief guests and he will have bilateral talks with his Japanese, Malaysian and Mongolian counterparts. Before he leaves, he along with President Putin will visit a judo championship.