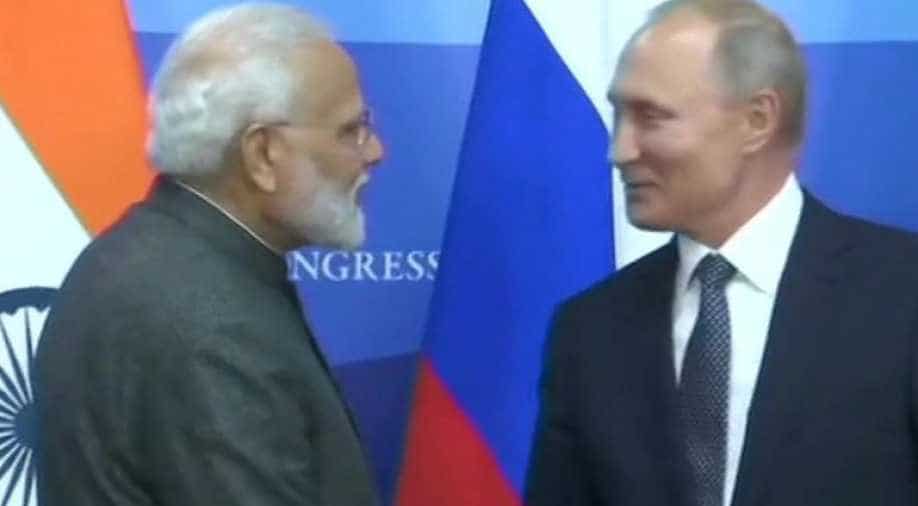 India's foreign secretary Vijay Gokhale said that PM Modi and President Putin had a productive meeting after the two met for bilateral level talks in Vladivostok on Wednesday.

The two leaders spent quality time together, he said at the media briefing, adding, "there were major breakthroughs in the energy sector."

"Focus was on strengthing economic relations," he said.

"MoU between Chennai and Vladivostok is important," he informed. India and Russia decided to have a maritime port between Vladivostok and Chennai

"India is looking to invest in Russian oilfields," Gokhale added.

"We are targeting $30 billion trade between both nations by 2025," Gokhale said. PM Modi has accepted President Putin's invitation to attend the 75th anniversary of the victory of Russian federation & erstwhile Soviet Union in World War-II, next May in Moscow, Gokhale told reporters.

Earlier, during a joint press conference after bilateral level talks, President Putin had said, "PM Modi and I keep in close touch," adding, "for the past 50 years, Russia has helped India modernise its defence forces."