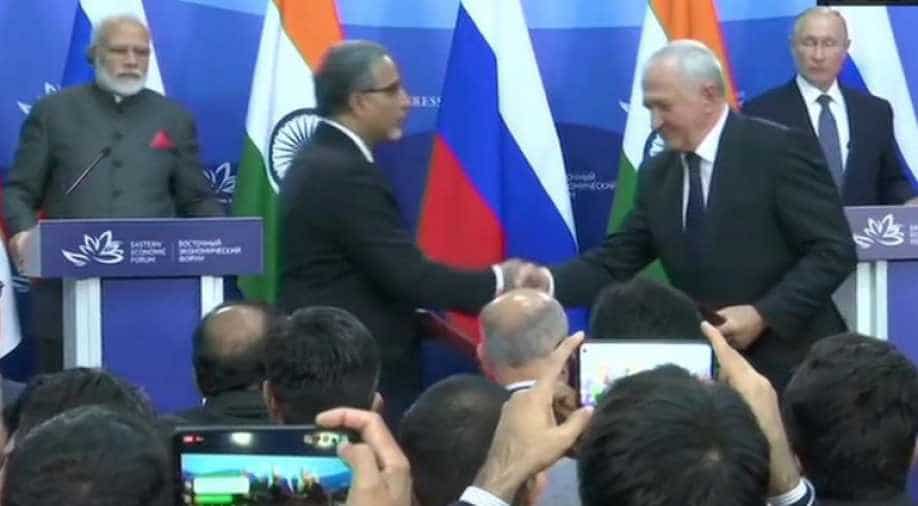 Addressing a joint press conference later, President Putin said, "PM Modi and I keep in close touch," adding, "for the past 50 years, Russia has helped India modernise its defence forces."

This is the third meeting between the two leaders. President Putin and PM Modi last met in June at the SCO summit.

"I'm very grateful to my close friend Vladimir Putin for this opportunity," Modi said at a press conference following talks and a tour of a naval shipyard.

"We have reached a new stage in collaboration," he said, adding that the pair discussed "unprecedented" mutual investment in oil and gas industries.

A joint statement called for cooperation in military and technological spheres, with the possibility of creating joint ventures in India to develop and manufacture civilian aircraft.

It also called for a reorganisation of the UN Security Council to reflect the "global realities" of a multipolar world.

For his part, Putin hailed his "great friend, Mr Modi" and said India was "our strategic partner."

"Special attention was paid to trade and economic cooperation in the talks," he said, though details of major trade deals were not immediately announced.