I want to fly everything! says Britain's teen pilot Ellie Carter in exclusive conversation with WION 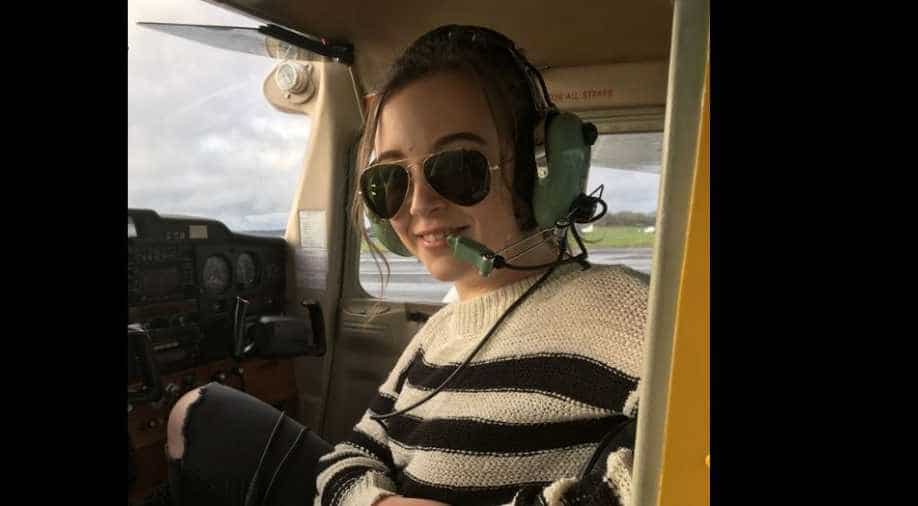 Ellie’s career took off after she was invited to the California base of the U2 spy plane when she flew with some of the American pilots.

Limitless, boundless, infinite - the sky was never the limit for Ellie Carter’s achievements. Speaking exclusively to WION, the young prodigy opened up about her dreams, passion and love for airplanes and adventures which she developed at the tender age of 9.

At an age when driving licenses are even not issued, Ellie’s dreams took her to skies.

Ellie’s career took off after she was invited to the California base of the U2 spy plane when she flew with some of the American pilots.

She started her flying lessons soon after she turned 14, by then she had already flown different models. Ellie has already taken the controls of 12 different aircraft – including a Second World War L4 Grasshopper – and has now made flying history with her solo glider flight.

She completed two special six-minute flights last week under the watchful eye of the Devon and Somerset Gliding Club at North Hill Airfield.

Here are some snippets of the conversation.

WION: How did it start? How did you take to the sky at the age of 9?

Ellie: After my first flight at the age of 9, I was incredibly lucky since a lot of people saw my enthusiasm and helped me by taking me to the flights with them. That allowed me to continue to fly until I was 14 and ready to take official flying lessons.

WION: Do you want to consider any platform for young pilots like you?

Ellie: Absolutely! I've not reached where I am now without other pilots inspiring me, and I'm so grateful for that. And if I can inspire someone like that it will be so rewarding and brilliant for me.

WION: What is your dream aircraft to fly in?

Ellie: Every aircraft is different. I want to fly everything! I haven't flown a biplane yet which is something on my list. I plan to fly something special when I'm older so, I'll try everything.

WION: In many countries, a career in aviation is a distant dream, your thoughts?

Ellie: In my opinion, if there's a possibility of taking up a career as a pilot, definitely go for it! It’s absolutely amazing and such a unique experience. From what I've experienced, more or less, everybody will see your passion and they will try and help you. So if you can find someone willing to help and encourage you in the long run, then definitely do it and don't give up.

WION: Any plans for mentoring?

Ellie: Absolutely! There is currently one young girl who I’m mentoring, I give her as much advice I can and it is one good way of getting more females into aviation.

WION: The United Kingdom has a dismal ratio of women as pilots, India has more than double. What do you think is the reason?
Ellie: I think the females in the UK are not taught about such opportunities in aviation from a young age, so when it comes to deciding what you want to do, only a few of them pursue a career in aviation.