Hungary's Roma battle Covid on their own 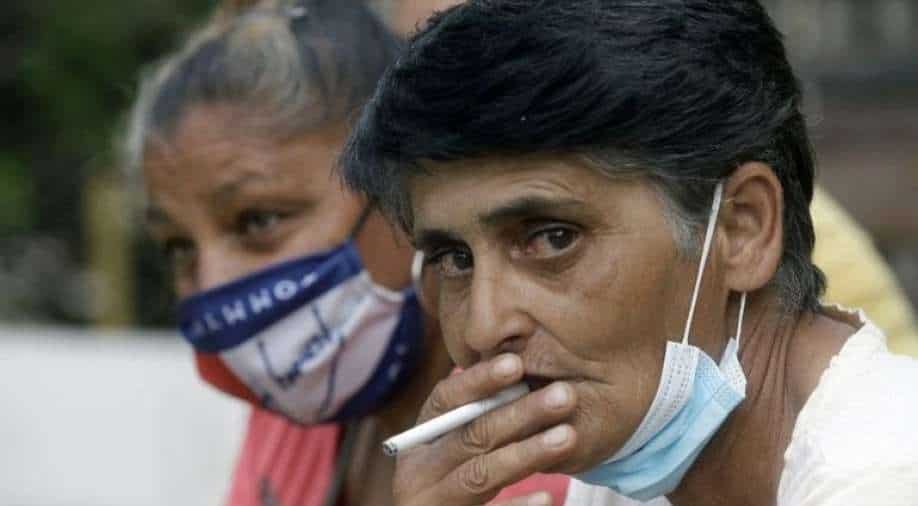 Hungary's Roma community gets caught in covid-19 Photograph:(AFP)
Follow Us

Hungary's Roma community has been largely left out of the country's aggressive COVID-19 immunisation rollout and has been forced to fend for itself, leaders of the poverty-stricken minority say.

"No one else is looking after us, so we have to do it ourselves," said Jozsef Radics, 53, one of the organisers of the "Vaccines for Life!" campaign that aims to sign up Roma living in isolated communities for jabs.

Greeting local residents as they enter a ramshackle yard on the edge of Kistarcsa, a small town east of Budapest, Radics explains the registration process, sets up email addresses if needed and inputs their data into an official database.

"These people are disadvantaged in many ways, including lacking information and access to the internet, which makes them particularly vulnerable to the virus," the Roma activist told AFP.

Often blamed for petty crime, the Roma — who make up around seven percent of Hungary's population of 9.8 million — face widespread poverty and exclusion from mainstream Hungarian society and sometimes racially-motivated violence.

Many live in one of around 1,300 mostly-Roma settlements on the edge of villages and towns like Kistarcsa that house approximately 200,000 people, according to official data.

Radics told AFP that some 13,500 settlement dwellers have registered for the jab so far thanks to the campaign.

"There's a long way to go. We look for local leaders in each community to continue the project once we leave to go to another settlement," he said.

The campaign also produced videos made for sharing on social media that feature Roma celebrities like rappers to appeal to younger age-groups, as well as singers who are trusted by older people.

"The government's vaccination promotion billboards only feature white faces, so the videos provide strong Roma voices to counter the anti-vaccination voices that are common in places like this," Radics said.

Trained by health workers, the activists are armed with answers to typical questions about the side-effects and effectiveness of jabs, as well as how to deal with aggressive anti-vaccine sentiment.

"We don't try to convince anyone, just to give them information," said Radics's activist colleague Fruzsina Balogh, adding that conspiracy theories around vaccines have deterred many Roma.

A COVID-19-themed Egyptian hieroglyphic-style meme that "went viral" and was also widely shared in Roma communities claimed that the jab brainwashed people into becoming "slaves".

Another widely-circulated rumour claimed that vaccines are a plot by US tech billionaire Bill Gates to implant chips in brains, according to Balogh.

"Willingness to get vaccinated is much higher in settlements where the death rate was higher," she said.

Although statistics on COVID-19-related deaths in the settlements are not available, a virus outbreak in a Roma area can spread quickly, Balogh said.

"In many houses there are no public utilities, even water, so people are forced to share a communal facility," she said, pointing to a blue pump at the end of a dusty unpaved street in Kistarcsa.

"Many families with three or four children also live in cramped houses. If someone gets infected it is impossible to separate them, so everyone gets sick," said Balogh, 27, who lost her 28-year-old ex-partner to COVID-19 last year.

But access to many businesses and workplaces now hinges on showing proof of vaccination.

Hungarian officials did not respond to an AFP request on whether the government had any plans to encourage Roma to get vaccinated, or state support specifically aimed at helping the Roma community during the pandemic.

"I want to get the vaccine to find a job more easily and to get back my freedom, for example to take my children to an ice cream shop," Adrienn Tejfel, a 36-year-old mother, told AFP after registering in Kistarcsa.

While packing up on a recent day before moving on to another town, Radics told AFP that his team would help non-Roma register too if needed, but that the campaign at least aims to show "the rest of society that we exist".