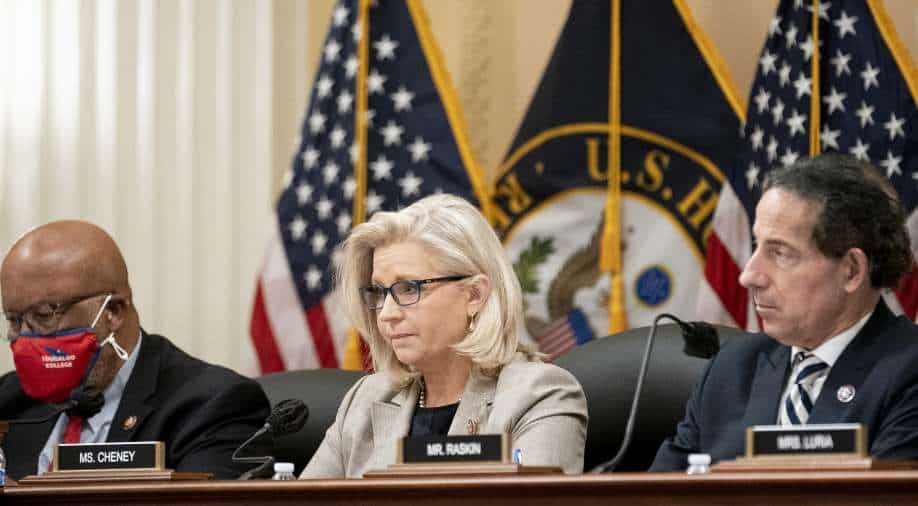 More revelations emerged Tuesday before the vote, as Cheney, the vice chair of the committee, read aloud text messages that Republicans in Congress sent to Meadows Jan. 6 as violence engulfed the Capitol

The House voted Tuesday night to recommend holding Mark Meadows, who served as chief of staff to former President Donald Trump, in criminal contempt of Congress for refusing to cooperate with its investigation into the Jan. 6 attack on the Capitol, escalating a legal battle against a potentially crucial witness in a widening inquiry.

The vote of 222-208 sent the matter to the Department of Justice to consider whether to prosecute Meadows, who would be the first former member of Congress to be held in contempt of the body he once served in nearly 200 years, according to congressional aides.

Two Republicans — Reps. Liz Cheney of Wyoming and Adam Kinzinger of Illinois, who serve, over the objections of their party, on the committee investigating the attack — joined Democrats in voting to find him in contempt.

But while the action indicated a stalemate between Meadows and Congress, his initial cooperation with the inquiry — including around 9,000 pages of documents he turned over — has already given the committee its first substantial burst of momentum and political traction as it tries to establish a full accounting of the events that led to the deadly riot.

More revelations emerged Tuesday before the vote, as Cheney, the vice chair of the committee, read aloud text messages that Republicans in Congress sent to Meadows Jan. 6 as violence engulfed the Capitol.

“It’s really bad up here on the hill,” one said.

“The President needs to stop this ASAP,” another implored.

“Fix this now,” another said.

The committee also divulged a Nov. 4 message from an unidentified Republican member of Congress to Meadows — before states were even finished counting ballots — proposing an “aggressive strategy” in which Republican-controlled legislatures in Georgia, North Carolina, Pennsylvania and other states would “just send their own electors” instead of potential Biden electors chosen by voters.

“How did this text influence the planning of Mark Meadows and Donald Trump to try to destroy the lawful Electoral College majority that had been established by the people of the United States and the states for Joe Biden?” said Rep. Jamie Raskin, D-Md., a member of the committee.

Cheney’s recitation of the messages from Republicans, during a meeting of the Rules Committee before the House began debating the contempt charge, was a stark reminder that there was a moment when prominent conservative figures, GOP lawmakers and even Trump’s son had been appalled by the violence at the Capitol and agreed it was the president who needed to stop it.

“As the violence was underway on the 6th, it was evident to all, but we know that for 187 minutes, President Trump refused to act,” said Cheney, who was ousted from her Republican leadership post for speaking out against Trump’s election lies. “And he refused to act when his action was required, it was essential, and it was compelled by his duty, compelled by his oath of office.”

The revelations were also being watched in the Senate, where Mitch McConnell of Kentucky, the Republican leader, said Tuesday that while he was not among the lawmakers sending text messages to Meadows on Jan. 6, he was paying close attention to what House investigators might uncover.

“We’re all watching, as you are, what’s unfolding on the House side, and it will be interesting to reveal all the participants that were involved,” he told reporters outside the Senate chamber.

After initially expressing outrage at what unfolded on Jan. 6, Republicans in Congress have largely pivoted to denying or dismissing what happened and rallied once again around Trump, arguing he was not culpable. House leaders sent out a notice Tuesday encouraging their members to fight the contempt charge against Meadows.

Rep. Jim Jordan, R-Ohio, said the committee’s investigation was a political “charade” focused solely on persecuting Trump and his allies.

“Mark Meadows is our former colleague. He is a good man. He is my friend,” Jordan said during debate on the contempt referral. “This is as wrong as it gets. You all know it. But your lust for power, your lust to get your opponents, is so intense you don’t care.”

Unlike Bannon, who was not a member of the government during the run-up to Jan. 6, Meadows, who was one of Trump’s closest White House advisers during the attack, may have a stronger case against cooperating with a congressional inquiry that seeks confidential communications with a president that could be protected by executive privilege.

But Democrats argued that Meadows’ decision to furnish thousands of documents that are not privileged only underscored his obligation to speak to investigators about what he knew. They chalked up his change in stance to pressure from the former president, who objected to portions of Meadows’ newly released book.

“In an investigation like ours, when you produce records, you are expected to come in and answer questions about those records,” said Rep. Bennie Thompson, D-Miss., chair of the committee. “But that’s not what he did. He told us the day before his deposition — the same day his book was published — that he would no longer cooperate with our investigation, and that he wasn’t coming in to be interviewed.”

Meadows and his lawyer, George Terwilliger, vigorously protested the charge Tuesday before the House action. Terwilliger said Meadows never “stopped cooperating” with the committee, arguing he has cooperated as much as he could without violating Trump’s assertions of executive privilege. Meadows has filed suit against the panel to seek a court ruling to determine the validity of Trump’s assertions of executive privilege.

“He has fully cooperated as to documents in his possession that are not privileged and has sought various means to provide other information while continuing to honor the former president’s privilege claims,” Terwilliger said, pointing out that his client had provided the panel with voluminous evidence.

On Monday, the committee voted 9-0 to recommend that Meadows be charged with criminal contempt of Congress. Meadows said later in an interview with the Fox News host Sean Hannity that the vote against him was “disappointing but not surprising.” He argued that the committee was focusing solely on Trump at the expense of security lapses at the Capitol.

“I’ve tried to share non privileged information,” he said. “But truly the executive privilege that Donald Trump has claimed is his to waive. It’s not mine to waive.”

The documents Meadows has furnished have shown that he played a far more substantial role in plans to try to overturn the 2020 election than was previously known.

Among the documents Meadows provided the committee was a message in which he indicated the National Guard would be available to protect “pro-Trump people” Jan. 6. Meadows told Hannity the former president wanted thousands of troops ready.

But the guard was not deployed quickly Jan. 6 as the violence unfolded, with its former commanding officer testifying that he had to wait for more than three hours for approval to send in his troops.

In an effort to speed up guard deployment, the House approved a bill to empower the chief of the U.S. Capitol Police to unilaterally request the assistance of the District of Columbia National Guard or other federal law enforcement agencies in emergencies without prior approval of the Capitol Police Board. The measure had passed the Senate on Monday and now heads to Biden’s desk.

The debate over Meadows on the House floor Tuesday night was extraordinary and at times bitter.

At one point, the proceedings ground to a halt after Rep. Scott Perry, R-Pa., demanded that Rep. Steny Hoyer of Maryland, the No. 2 Democrat, be sanctioned for saying that Perry did not want the subpoena of Meadows enforced because he feared the truth that would be exposed.

Perry, the new leader of the right-wing House Freedom Caucus, played a key role in the weeks before Jan. 6 in trying to help Trump invalidate the election results, introducing a little-known Justice Department lawyer to Trump as he pushed the agency to declare the 2020 election fraudulent.

His complaint against Hoyer was rejected. But the exchange reflected the hostile dynamic Tuesday in the House, where lawmakers who came under attack by a mob inspired by Trump’s lies of a stolen election were squaring off against Republicans who helped spread those lies.

Aides said Tuesday’s vote would be the first time the House had voted to hold one of its former members in criminal contempt since Sam Houston, a former representative from Tennessee, was convicted of the charge in the 1830s after beating a member of Congress with his wooden cane.