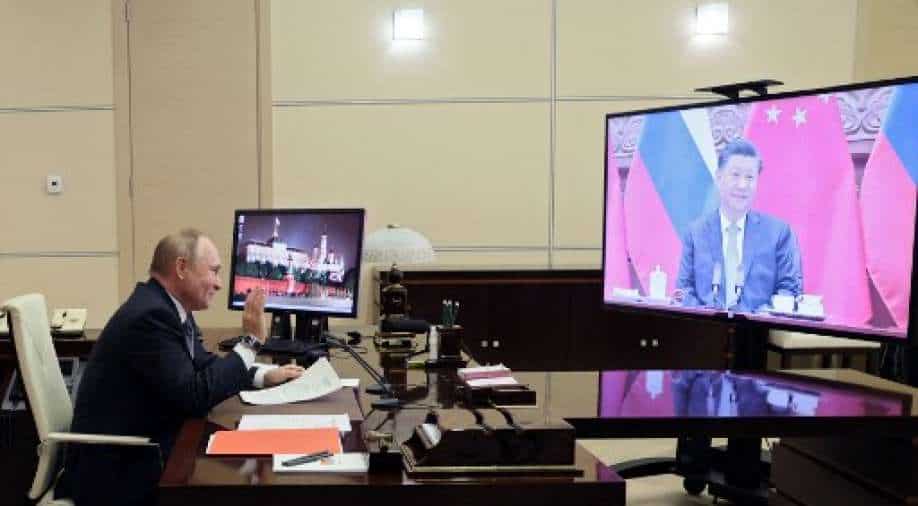 Xi Jinping expressed gratitude to Russian President Vladimir Putin for safeguarding China-Russia relations against attempts by other powers to destabilise them.

On Wednesday, Russian President Vladimir Putin reminded his Chinese counterpart, Xi Jinping, that Russia-Beijing ties are an example of how state relations should grow in the twenty-first century.

"I am glad to have the opportunity to be in direct communication with you. This allows us to thoroughly discuss the development of Russian-Chinese relations, comprehensive partnership, and strategic interaction. I consider these relations to be a real model of interstate cooperation in the 21st century," Putin said during the online meeting.

Russian President Vladimir Putin said that he expects his next meeting with his Chinese counterpart, Xi Jinping, to take place in February 2022 in Beijing during the opening ceremony of the Winter Olympics.

"Dear friend, distinguished Chairman Xi Jinping, I hope that next February we will finally be able to meet in person in Beijing. As we agreed, we will hold negotiations with you, then we will participate in the opening ceremony of the Winter Olympic Games," Putin said during the online meeting.

Putin also said that he is sure Beijing Olympics will be held "at the highest level," adding that Moscow is against the politicization of sports.