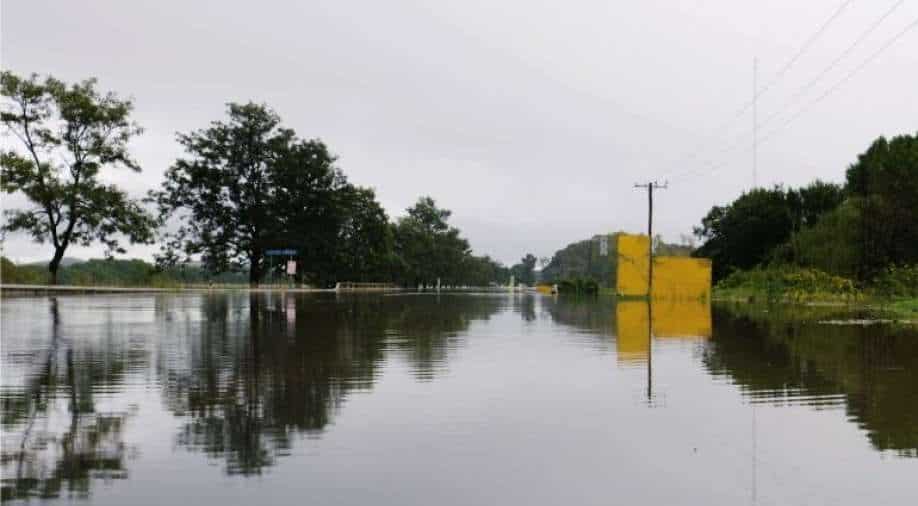 In New South Wales alone, flooding risk and evacuation warnings were put out for 12 areas

Australia’s east coast continues to witness heavy rainfall on Sunday and water continues to cause destruction across the region. In Sydney’s northwest, many people had to flee their homes in the middle of the night to avoid the heavy downpour.

In New South Wales alone, flooding risk and evacuation warnings were put out for 12 areas. NSW is Australia’s most populous state with 8 million people.

Jonathan How from the Australian Bureau of Meteorology told ABC News that both rain and strong winds are causing the devastation. In addition, he said that heavy rainfall is expected to continue in Sydney for the rest of Sunday.

Many areas are expected to witness  7.9 metres (200 millimetres) of rain. According to emergency services, over 600 people had reached out to them seeking help. Out of these, 60 were about seeking rescue amid floods.

Also read: Australian bushfires spewed as much smoke into stratosphere as a large volcano

Currently, Australia is attempting to inoculate its population against COVID-19. But the extreme weather has jolted country’s plans to move forward with vaccinations.

The country had planned to give the vaccine to 6 million people over the next few days. This is bound to be revised in view of the destruction.

"This will be a deep-seated, extreme weather event," NSW Premier Gladys Berejiklia said on Saturday.