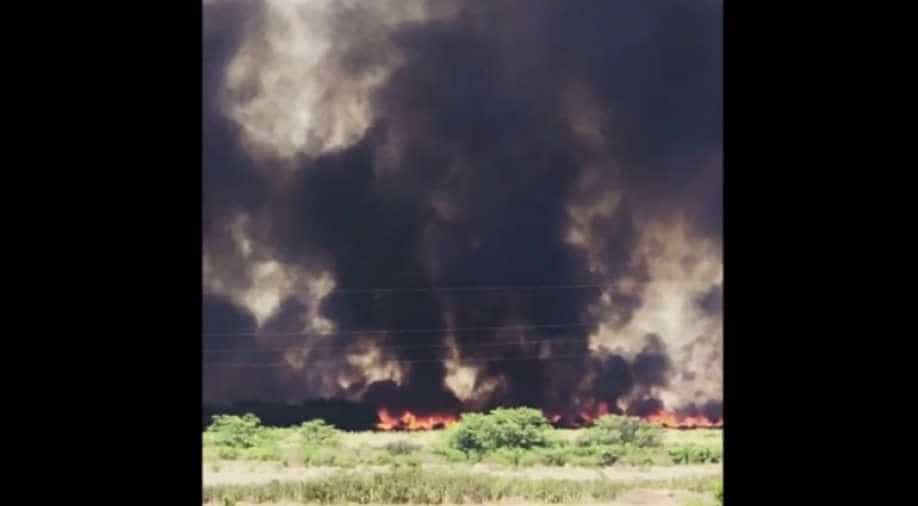 Although most of the evacuees were later allowed to return home, the blaze more than tripled in size to spread over about 9,000 acres (3,642 hectares), scorching mostly former sugarcane fields and brush.

Hawaii's governor on Friday declared an emergency on the island of Maui, where firefighters were battling a blaze that forced the evacuations of thousands of people and sent huge clouds of smoke billowing over nearby beaches.

Although most of the evacuees were later allowed to return home, the blaze more than tripled in size to spread over about 9,000 acres (3,642 hectares), scorching mostly former sugarcane fields and brush.

"I am declaring our Valley Isle a disaster area for the purpose of implementing the emergency management functions as allowed by law," Governor David Ige said in a statement.

The fire in Maui, sometimes called the Valley Isle, had been 60 per cent contained by sunset but officials warned that even though the shelters were shut, they might need to reopen if more evacuations were ordered.

Authorities had also managed to contain about 35 per cent of a second, smaller fire across roughly 200 acres (81 hectares), that had broken out north of the first near Kahului, forcing some voluntary evacuations.

The major blaze began in the island's central valley on Thursday, with its flames stoked by steady winds of up to 20 miles per hour (30 kph), officials said.

Thousands of residents and visitors in the communities of Maalaea and Kihei fled as a precaution, while firefighters struggling to quell the blaze drafted in helicopters to drop water on the flames.

There were no reports of injuries or damage to buildings, the Honolulu Star-Advertiser said. The cause of the fire is being investigated.

On Twitter, the governor thanked media mogul Oprah Winfrey, who owns a property on Maui, after she opened a private road on Thursday to assist officials tackling the fire.