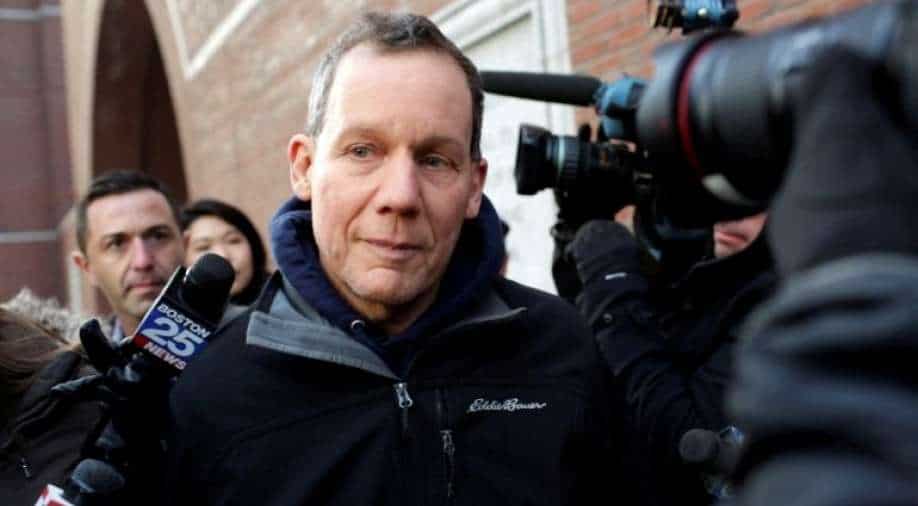 On Tuesday, after deliberating for two hours and 45 minutes, a federal jury found Lieber guilty of two counts of making false statements to the US government about whether he participated in the Thousand Talents Plan, a program designed by the Chinese government to attract foreign-educated scientists to China. Photograph:( Reuters )

Lieber’s conviction is a victory for the China Initiative, an effort begun in 2018 under the Trump administration, to root out scientists suspected of sharing sensitive information with China

Charles Lieber, one of the country’s top research chemists, sat miserably in a chair at the Harvard Police Department, trying to explain to two FBI agents why he had agreed to partner with a lesser-known Chinese university in a relationship that had soured and landed him in trouble with the US government.

The university had money to spend — “that’s one of the things China uses to try to seduce people,” Lieber said in the interrogation, clips of which were shown in court.

But money was not the reason, he said. By training young scientists in the use of technology he had pioneered, he hoped to burnish his credentials with the committee that decides the ultimate scientific honour.

“This is embarrassing,” he said. “Every scientist wants to win a Nobel Prize.”

On Tuesday, after deliberating for two hours and 45 minutes, a federal jury found Lieber guilty of two counts of making false statements to the US government about whether he participated in the Thousand Talents Plan, a program designed by the Chinese government to attract foreign-educated scientists to China. They also found him guilty of failing to declare income earned in China and failing to report a Chinese bank account.

No date has been set for sentencing. A charge of making false statements carries a maximum sentence of five years. Lieber, who has cancer, sat expressionless through the six-day trial and said nothing as he left the courthouse with his wife.

Although it is not illegal to participate in Chinese recruitment programs, scientists are required to disclose their participation to the US government, which also funds their research and may view it as a conflict of interest.

Lieber’s conviction is a victory for the China Initiative, an effort begun in 2018 under the Trump administration, to root out scientists suspected of sharing sensitive information with China.

“Mr. Lieber exploited the openness and transparency of our academic system,” said Joseph Bonavolonta, who heads the Boston division of the FBI. “The FBI will not hesitate to work with our law enforcement partners to focus on those who put their financial and professional interests ahead of our country’s economic prosperity.”

Among the cases opened against academic researchers, most, like the case against Lieber, do not allege espionage or intellectual property theft, but failure to disclose Chinese funding, and the effort has been criticized for prosecutorial overreach.

It suffered a series of setbacks over the summer, with a half-dozen cases dismissed and the first case to reach the trial stage, against researcher Anming Hu, ending in acquittal. Lieber’s trial was watched closely in scientific circles as an indicator of whether the Justice Department will proceed with prosecutions of other researchers.

Peter Zeidenberg, a Washington, D.C., lawyer who represents around a dozen researchers who are under investigation, said Lieber’s case stands out because he was specifically asked about his participation in the Chinese program and denied it.

He added, “No villains, no victims, no one got robbed, no one got rich, but over a few seconds of conversation — Special Agent Mousseau called it a blip on the radar — the world’s greatest nanoscientist is facing multiple felonies.”

Among the researchers prosecuted as part of the China Initiative, Lieber is by far the most prominent, chosen as chair of Harvard’s chemistry and chemical biology department and seen by some as a potential Nobel Prize winner.

Since 2008, prosecutors said, his laboratory at Harvard had received research grants totalling $18 million from the Department of Defense and the National Institutes of Health.

At issue, in this case, was a joint venture that Lieber launched in 2011 with the Wuhan University of Technology, where one of his former students had taken a post. Outside employment is standard for high-level researchers, who often contract with private-sector firms or universities overseas for part of the academic year.

A three-year contract emailed to Lieber in 2012 and displayed to the jury by prosecutors identified him as a “One Thousand Talent High Level Foreign Expert,” entitling him to $50,000 a month, plus about $150,000 in living expenses and more than $1.5 million for a laboratory, which they called the WUT-Harvard Joint Nano Key Laboratory.

In 2018, as the China Initiative got underway, investigators from the Department of Defense and the National Institutes of Health approached Lieber to ask if he had taken part in the Thousand Talents programs. Over the weeklong trial, jurors heard from a series of witnesses who said that in both instances, Lieber had denied participating.

They also watched video clips from an FBI interrogation conducted on January 28, 2020, the morning Lieber was arrested at 6:30 am at his office at Harvard.

After initially asking for a lawyer, Lieber went on to answer the agents’ questions for about three hours, acknowledging at several points that he had misled investigators.

At first, he denied receiving income from the Wuhan university or participating in the Chinese recruitment program. Then the agents produced a series of documents, including contracts from 2011 and 2012, and Lieber examined them, remarking at one point, “I should pay more attention to what I’m signing.”

“That’s pretty damning,” he said. “Now that you bring it up, yes, I do remember.”

He went on to offer detail about his financial arrangements with the Wuhan University: A portion of his salary was deposited in a Chinese bank account, and the remainder — an amount he estimated as between $50,000 and $100,000 — was paid in $100 bills, which he carried home in his luggage.

“They would give me a package, a brown thing with some Chinese characters on it, I would throw it in my bag,” he said. After returning home, he said, “I didn’t declare it, and that’s illegal.”

He also acknowledged that he “wasn’t completely transparent by any stretch of the imagination” when approached by investigators from the Department of Defense in 2018 and that he was aware he might face charges.

“I was scared of being arrested, like I am now,” he added.

As the jury prepared to deliberate, Jason Casey, an assistant US attorney, reminded jurors of Lieber’s demeanour in the FBI interview and urged them to “use your common sense.”

“It’s not that the defendant has no memory,” he said. “He does not want to remember because he knows that he agreed that contract, that he participated in the Thousand Talents program, that he took bags of cash on an airplane and never reported them to the IRS.”

Lieber’s arrest was one of the first signals that federal authorities were investigating scientists who had received funding from Chinese sources, and it sent shock waves through academic circles.

It was followed, in January 2021, by the arrest of Gang Chen, a professor of mechanical engineering at the Massachusetts Institute of Technology, on suspicion of hiding affiliations with Chinese government institutions in order to secure $19 million in US federal grants.

Brian Timko, who worked under Lieber as a graduate student and now heads his own laboratory at Tufts University, said he believed China Initiative had strayed from its original focus on espionage toward disclosure violations that, a few years ago, “would have been handled at the university level.”

“I think these cases are about scaring the scientific community,” he said.

Timko, who attended stretches of the weeklong trial, said he was troubled by the way Lieber's work had been “twisted” by prosecutors.

He said Lieber had invented electronic chips so small and flexible that they could be injected into parts of the human body, like the brain or the retina. Eventually, he said, the technology could lead to breakthroughs in bioelectronic medicine, like restoring sight to blind people or movement to paralyzed limbs.

“Charlie spent his whole career trying to help the world, and a handful of individuals who don’t even understand how science works tore the whole thing down,” he said. “And that is just not fair.”

Witnesses over the last week painted Lieber as a demanding, sometimes impatient academic star who struggled to manage his relationship with his partners in Wuhan and complained that Harvard was not acting vigorously to defend him.

“I definitely do not have a good taste” about “many ‘friends’ in China,” Lieber wrote in an email to a Chinese colleague at another institution. “These people want to use me, so we will not let that happen, versus me using them. But we’ll be ever so polite in the mean time.”

He expressed alarm, in 2018 when investigators from the Department of Defense and the National Institutes of Health began asking about his participation in the Thousand Talents plan.

“They are threatening not only to end my funding (which supports much of my research) but also force me to pay back the last three plus years they supported much of my work,” he wrote to a Chinese colleague, adding, “perhaps someone (Chinese) who does not like me brought this to attention of NIH?”

In his conversation with the FBI agents on the day of his arrest, Lieber was reflective about the role of international funding in the lives of researchers, saying that relationships with foreign partners were never as straightforward as they seemed at first.

“Early on, if someone said, ‘We’ll give you this title, and we’ll pay your travel to and from,’ you don’t think anything about it,” he explained, but partners “always want something from you.”

“A lot of countries, money is what they have in excess,” he said. He added, “that’s one of the things China uses to seduce people.”

He tried to impress on the two special agents that a different motive, the desire for acclaim, had brought him to partner with Wuhan and train scientists there.

“I was younger and stupid,” he said. “I want to be recognized for what I’ve done. Everyone wants to be recognized.” He offered a comparison he had given his son, a high school wrestler. The Nobel Prize is “kind of like an Olympic gold medal; it’s very, very rare,” he said.

A prize he had won recently was more like a bronze medal, he said with a self-deprecating laugh. “That probably is the underlying reason I did this,” he said.