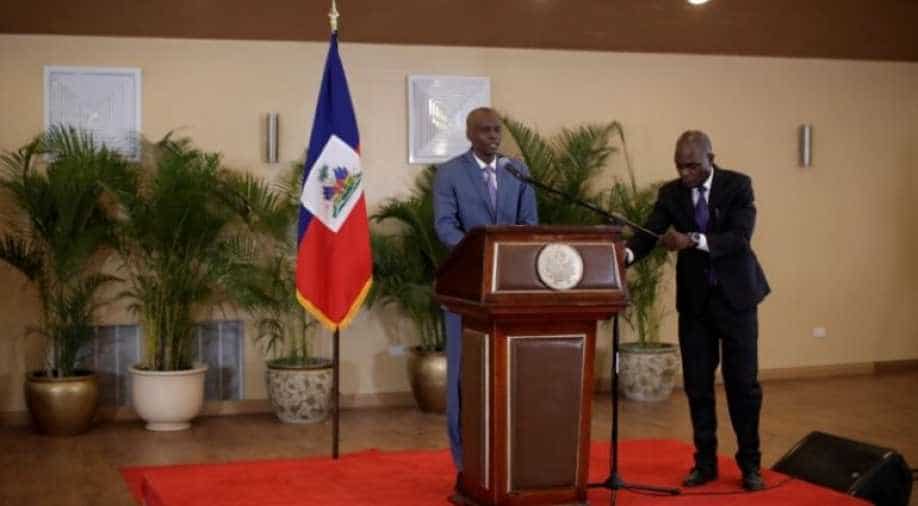 Haitian opposition politicians on Tuesday condemned the country's slide into rule by decree under President Jovenel Moise after the failure to renew parliament, creating a political vacuum.

In the early hours of Monday, the president said the mandates of lower house deputies and most senators formally expired because no successors were elected in October after the troubled country failed to hold elections.

Moise argues the situation could break the Caribbean nation's political deadlock after weeks of turmoil, but his critics fear it will undermine a fragile democracy three decades since the end of the Duvalier family dictatorship.

Andre Michel, a politician with the opposition Democratic and Popular Sector, said the country was entering a crisis that would be worse than in 2019 when the impoverished country was racked by violent protests against the government.

"Today we see that Jovenel Moise is devoid of any popular legitimacy," Michel told a news conference.

Moise blamed parliament for having failed to approve the electoral law required to hold last year's elections while his opponents accused him of trying to take advantage of the law.

Haiti has had 15 presidents in the past 33 years.

Jean Tholbert Alexis, a former speaker of the Lower House of Congress, said parliament had been undermined.

"It's not good for the rule of law in a country to have all power in the hands of a single office," he said on Twitter.

Under Moise's predecessor, Michel Martelly, parliament was dissolved in January 2015 when negotiations for a deal that would have extended lawmakers' mandates failed.

Martelly ruled by decree until the end of his term.

Haiti is the poorest country in the Americas and is still reeling from several natural disasters, including Hurricane Matthew in 2016 and a devastating earthquake in 2010.