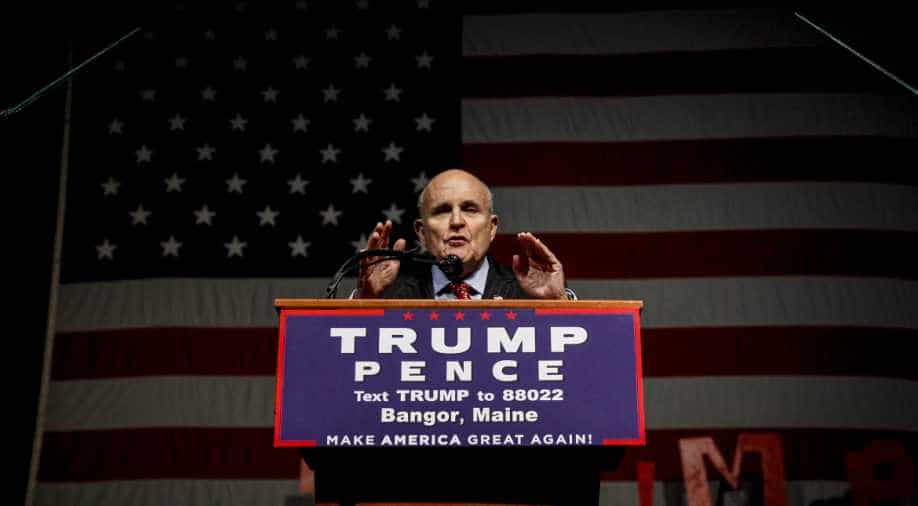 While the president has a decades-long relationship with Giuliani, Trump’s advisers blame him for the events surrounding both of the impeachments

President Donald Trump’s personal lawyer, Rudy Giuliani, will not be taking part in the president’s defense in the Senate trial for his second impeachment, a person close to Trump said Monday.

Trump met with Giuliani on Saturday night at the White House, and the next day the president began telling people that Giuliani was not going to be part of the team. It is unclear who will be a defense lawyer for Trump, given that many attorneys have privately said they won’t represent him.

Giuliani himself at first said he was taking part in the trial and then a day later said he had no involvement.

Also read| Joe Biden set to talk about unity in his inaugural speech, amid backdrop of riots

He told ABC News on Sunday that he would not be part of the defense, noting that he is a potential witness since he gave a speech at the rally Jan. 6 of Trump supporters who went on to storm the Capitol complex, overtaking it for hours.

Yet a day earlier, Giuliani told ABC News that he would in fact be involved in the impeachment defense and left open the possibility of Trump showing up for the trial. That interview infuriated Trump advisers and was a bridge too far for the president himself, according to the person close to the president, who described personal conversations on condition of anonymity.