French Catholics pray under heavy security on All Saints festival 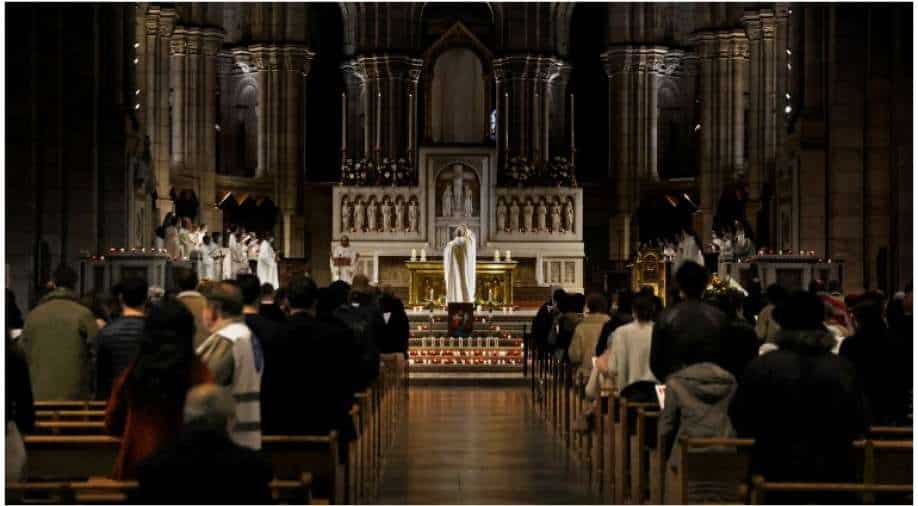 In Nice, authorities are now holding a total of six people for questioning to understand if they were linked to suspected attacker Brahim Issaoui, 21

Catholics in France on Sunday celebrated the All Saints religious festival under tight security. The tension over the latest terrorist attacks in France did not deter people from going to church in Nice. The authorities allowed exemption during coronavirus lockdown. However, the recent stabbings had had some effect on people.

"I was apprehensive, I was scared of coming," said Claudia, 49, as she went to church, reassured by the presence of heavily armed soldiers.
"We need to show that we are not scared and we are here," she said, following several other worshippers into the church.

A group of Muslim imams and their families attended a mass on Sunday at the Saint-Esprit de Bagatelle church in Toulouse to create mutual understanding.

"These people, without mind or reason, want to make another (Koran) interpretation," Lahouary Siali from the Al-Rahma mosque said, referring to violent extremists. "We strongly reject it."

He then read a prayer in Arabic in front of the congregation.

Meanwhile the police have made two new arrests in connection with Nice attack.

In Nice, authorities are now holding a total of six people for questioning to understand if they were linked to suspected attacker Brahim Issaoui, 21.

The latest people to be detained, aged 25 and 63, were arrested Saturday at the residence of an individual detained earlier in the day, a judicial source told AFP, asking not to be named.

Also Read | Magazine like Charlie Hebdo 'could not exist' in Russia, says Kremlin

Three others detained earlier over suspected links to Issaoui remain in custody, with the probe focusing on two telephones seized from the attacker.

Issaoui was shot by police multiple times and is currently in a serious condition in hospital. Investigators have been unable to question him and sources close to the probe have said his precise motivations remain unclear.

But Interior Minister Gerald Darmanin said that Issaoui "had clearly gone there (to Nice) to kill".

"Otherwise how can we explain why he armed himself with several knifes having only just arrived?... He clearly did not come just to get his papers," Darmanin told the Voix du Nord newspaper.

He arrived at the mainland Italian port of Bari on October 9 before coming to Nice just two days before the attack.

France is on edge after the republication in early September of cartoons of the prophet Mohammed by the Charlie Hebdo weekly, which was followed by an attack outside its former offices, the beheading of a teacher and now the attack in Nice.

On Saturday, an attacker armed with a sawn-off shotgun seriously wounded a Greek Orthodox priest in a shooting outside a church in the French city of Lyon.

Nikolaos Kakavelaki, 52, was closing his Lyon church mid-afternoon when he was attacked and is now in a serious condition in hospital, said a police source who asked not to be named.

The attacker fled the scene but Lyon's public prosecutor later announced that a suspect had been arrested while adding that the motivation for the attack was not clear.

Macron had vowed after the beheading of teacher Samuel Paty -- who had showed his class a cartoon of the prophet -- that France would never renounce the right to caricature.

This comment prompted a storm of anger in the Muslim world and on Saturday the president gave an interview to Al-Jazeera television saying he understood that people could be "shocked" by the cartoons.

But Macron added he would always defend freedom of speech and lashed out at "lies" -- sometimes spread by political leaders -- that the French state was behind the cartoons.

Charlie Hebdo had republished the cartoons to mark the start of the trial of suspected accomplices in the 2015 massacre of its staff by Islamist gunmen. The trial has been suspended until Wednesday after the primary suspect tested positive for coronavirus.