Free Badawi and others held in prison for religious expression: US to Saudi Arabia, Pakistan 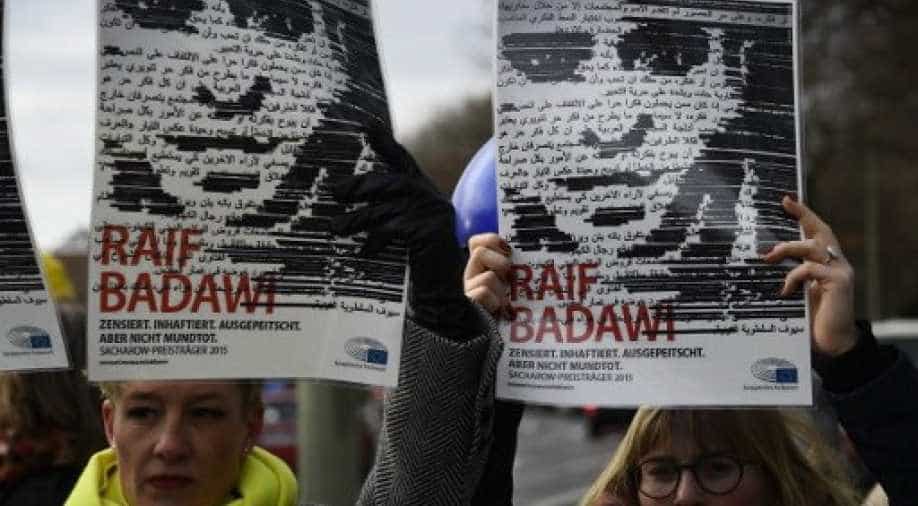 Vice President Mike Pence also vowed to press North Korea to respect freedom of religion, despite the narrow US focus on denuclearisation in high-profile summits.

Vice President Mike Pence on Thursday urged Saudi Arabia to free Raif Badawi, a blogger jailed for 10 years for insulting Islam, in a rare criticism of the US ally.

Speaking at a high-level State Department conference on religious freedom, Pence listed Badawi along with prisoners in Eritrea, Mauritania and Pakistan who he said were being held for religious expression.

"The American people stand with them, and so today the United States of America calls upon the governments of Eritrea, Mauritania, Pakistan and Saudi Arabia to respect the rights of conscience of these men and let these men go," Pence said.

Saudi blogger Raif Badawi, was arrested in 2012 and sentenced for 10 years imprisonment and 1,000 lashes in 2014  on charges of insulting Islam through electronic channels.

Vice President Mike Pence also vowed to press North Korea to respect freedom of religion, despite the narrow US focus on denuclearisation in high-profile summits.

"You can be confident, as President Trump continues to pursue the denuclearization of North Korea and lasting peace, the United States will continue to stand for freedom of religion of all people of all faiths on the Korean peninsula," he told a major gathering on religious freedom at the State Department.

Pence also informed that the United States is imposing sanctions on the leaders of two Iranian-linked militia groups in Iraq.

"Let me be clear, the United States will not stand idly while Iranian-backed militias spread terror," Pence told a high-level meeting on religious freedom, without naming the individuals targeted.