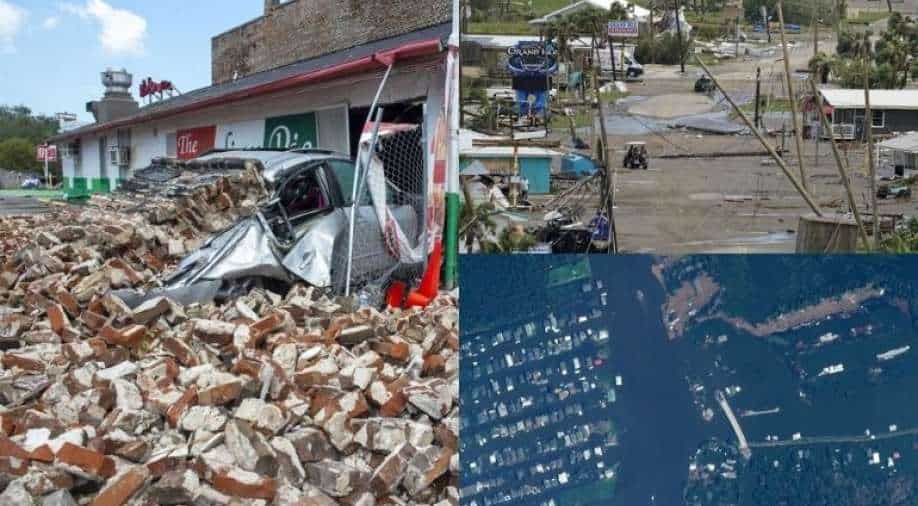 Ida, one of the most powerful hurricanes ever to hit the US Gulf Coast, had weakened to a tropical depression by as it churned over Mississippi, where the system brought heavy rains overnight

Four deaths and multiple severe injuries have been confirmed as crews began fanning out in boats and off-road vehicles to search communities cut off by Hurricane Ida.

Ida, one of the most powerful hurricanes ever to hit the US Gulf Coast, had weakened to a tropical depression by as it churned over Mississippi, where the system brought heavy rains overnight.

The crew got the blades turning a little early to be able to make two passes through the eye as Hurricane #Ida made landfall. Here’s what we saw: pic.twitter.com/BrwKwFVQiB

Louisiana and Mississippi took stock of the disaster inflicted by Hurricane Ida, as receding floodwaters began to reveal the full extent of the damage.

New Orleans was still mostly without power nearly two days after Ida slammed into the Louisiana coast as a Category 4 storm, exactly 16 years after devastating Hurricane Katrina, which killed more than 1,800 people in 2005, made landfall.

But a $14.5 billion system of levees, flood gates, and pumps designed in the wake of Katrina's devastation largely worked as designed during Ida, officials said, sparing New Orleans from the catastrophic flooding that devastated the area 16 years ago.

The state's healthcare systems also appeared to have largely escaped catastrophic damage at a time when Louisiana is reeling from a resurgence of COVID-19 infections that has strained hospitals.

With water treatment plants overwhelmed by floodwaters or crippled by power outages, some places were also facing shortages of drinking water. About 441,000 people in 17 parishes had no water, and an additional 319,000 were under boil-water advisories, federal officials said.

President Joe Biden declared a major disaster for Louisiana and Mississippi, which gives the states access to federal aid.

Louisiana Governor John Bel Edwards said his state had deployed more than 1,600 personnel for search and rescue operations, while the Pentagon said over 5,200 personnel from the military, federal emergency management, and National Guard had been activated across several southern states.

Climate change is fueling deadly and disastrous weather across the globe, including stronger and more damaging hurricanes.

Scientists have warned of a rise in cyclone activity as the ocean surface warms due to climate change, posing an increasing threat to the world's coastal communities.