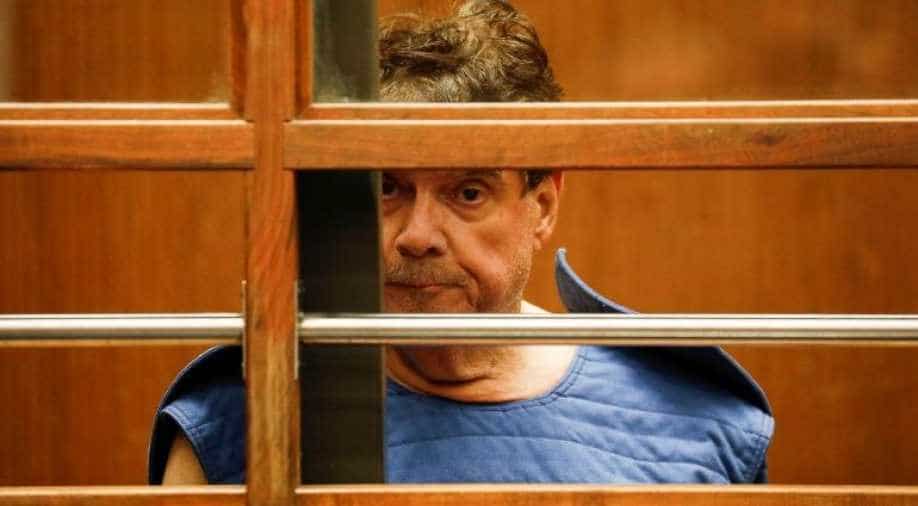 Flier entered a not guilty plea on Tyndall's behalf during a 20-minute court hearing. If convicted on all charges, Tyndall faces a prison term of up to 53 years.

A former University of Southern California gynaecologist accused by hundreds of patients of molestation and other misconduct over the past three decades pleaded not guilty on Monday to charges of sexually assaulting 16 students who were under his care.

George Tyndall, 72, was also ordered to remain in custody in lieu of nearly $2.1 million bonds, but Los Angeles Superior Court Judge Theresa Sullivan said she would review a defence request to slash his bail at another hearing set for Wednesday.

Defence lawyer Andrew Flier, citing his client's age and "serious health concerns," including diabetes and a heart condition, denied in court that Tyndall was a flight risk or threat to the public. His medical license has been suspended.

Tyndall was charged last week with 29 felony counts of sexual penetration and sexual battery by fraud in a scandal that has already resulted in a $215 million civil settlement in federal court.

The 16 patients he is criminally charged with assaulting were students who ranged in age from 17 to 29 and were allegedly violated by Tyndall at the downtown Los Angeles university's campus health centre between 2009 and 2016.

Flier entered a not guilty plea on Tyndall's behalf during a 20-minute court hearing. If convicted on all charges, Tyndall faces a prison term of up to 53 years.

Allegations against Tyndall and USC's handling of the matter - he was not reported to the state medical board for eight months generated a furore on campus that led the university's then-president, C.L. Max Nikias, to resign last year.

The grey-haired doctor entered the courtroom with his hands shackled to his waist and stood silently behind a glass partition during the proceedings, wearing a padded blue garment commonly called a "suicide suit."

Flier told reporters afterwards that his client was "not suicidal whatsoever" but was required by jail officials to wear the outfit "for his own protection."

Upon his arrest last Wednesday, Tyndall complained of chest pains and was briefly hospitalized, police said. The flier said his client was returned to custody on Friday after examinations and a battery of tests medically cleared him.

The .38-caliber handgun Tyndall was carrying when arrested was meant for self-defence, his attorney said, adding that Tyndall "has had a lot of threats."

Authorities say more than 350 women reported being subjected to molestation, lewd comments and another sexually inappropriate behaviour by Tyndall during medical exams by him at USC, long one of America's most prestigious private universities.

Many accusers said they recalled sensing something unprofessional or "creepy" about Tyndall at the time, only to fully comprehend in retrospect - after reading media accounts of other complaints - that they had been victimized.

Tyndall insists he is innocent and that he conducted his exams "by the book," always with a "chaperone" in the room and always wearing gloves, Flier told reporters.

"As soon as someone makes an inappropriate comment, that does not connote" criminal behaviour, the attorney said. "The character assassination is overwhelming in this case."

The flier said he was seeking to lower Tyndall's bail to $500,000, a bond sum he said the doctor could afford.

A federal court earlier this month granted preliminary approval to a $215 million settlement in a class-action civil suit filed on behalf of Tyndall's former patients. Tyndall's lawyers said he agreed to the settlement to avoid further litigation costs.

The USC case follows a similar scandal that roiled USA Gymnastics and Michigan State University. Larry Nassar, a former USA Gymnastics team doctor who also was on that university's staff, was sentenced to up to 300 years in prison in two trials last year after more than 350 women testified about abuse at his hands.