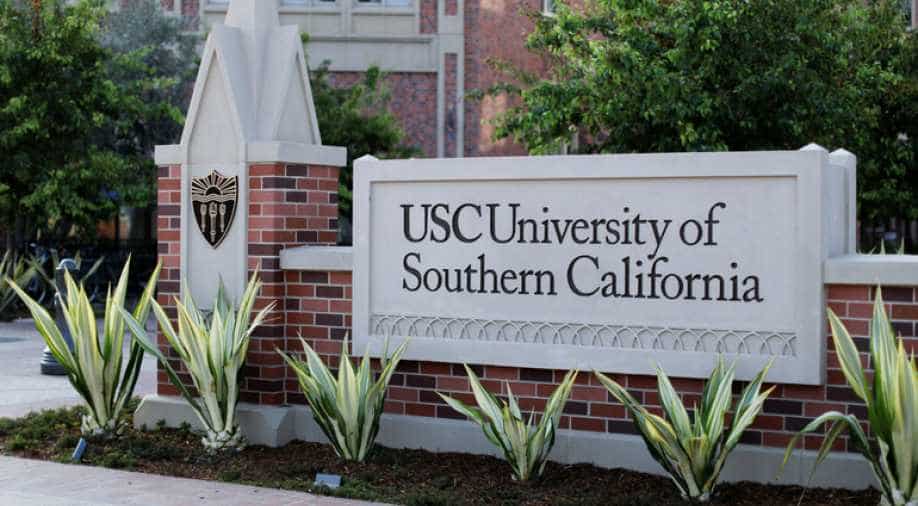 The president of a top California university resigned Friday in the wake of a growing scandal over a former campus gynaecologist who stands accused of sexually abusing thousands of students over a period of decades.

CL&nbspMax Nikias' departure was announced in a letter by the board of trustees at the University of Southern California was facing multiple new lawsuits Friday over its alleged failure to act against the physician despite repeated complaints.

The women allege that George Tyndall, who left the university last year, used his position to abuse them repeatedly, conducting improper examinations and groping their breasts.

Rick J. Caruso, the board's chairman, wrote that it had "agreed to begin an orderly transition and commence the process of selecting a new president."

"We have heard the message that something is broken and that urgent and profound actions are needed," he said.

"We will rebuild our culture to reflect an environment in which safety and transparency are of paramount importance, and to institute systemic change that will prevent this from occurring in the future."

Two class actions meanwhile were submitted at the Los Angeles Superior Court Friday "on behalf of thousands of female students" who attended the school in Los Angeles and were allegedly sexually abused and illicitly photographed by Tyndall.

The complaints were filed by a team including Howard Janet, the lawyer who spearheaded a $190-million suit in 2014 against Baltimore's Johns Hopkins Hospital and its physician Nikita Levy.

That settlement was reached on behalf of approximately 8,500 women whom Levy, who subsequently committed suicide, recorded using a camera hidden in a pen.

"As with the Hopkins case, this case centers on allegations of grossly improper pelvic exams that involved improper probing, at times without gloves, sexually charged remarks and illicit photographing of genitalia," said Janet.

"It appears that Dr. Tyndall, like Dr. Levy at Hopkins, violated the sacred trust between physicians and patients -– specifically the trust between male OB/GYNs and patients –- in a methodical and disturbing fashion by preying on young, unsuspecting women."

The case exploded last week after the Los Angeles Times published accounts from several current and former employees regarding Tyndall's behavior toward his mostly adolescent patients.

The lawsuits allege that USC received repeated complaints from students and co-workers, but failed to take appropriate action.

Meanwhile, six former students were added to an existing lawsuit alleging that the university received complaints dating back to the early 1990s, but deliberately concealed Tyndall's abuse.

The group, described as "Jane Does 5-10," accuses USC of paying the doctor a substantial financial settlement to resign in an attempted cover-up following an internal investigation in 2016.

He eventually left in 2017 after USC concluded that he had violated anti-harassment policy by making repeated racially discriminatory and sexually inappropriate remarks to patients.

Since last week, more than 300 students have contacted a university hotline established to receive complaints and information about Tyndall.

"Sadly, the university and its board of trustees have not taken the necessary steps to determine who was responsible and hold them accountable," said John Manly, a lawyer for Jane Does 5-10.

Manly compared the Tyndall case to that against disgraced Michigan State University doctor Larry Nassar, who was accused of molesting more than 300 women and girls and sentenced in January to up to 175 years.

Rachael Denhollander, the first to publicly accuse Nassar, reminded her Twitter followers of her impact statement, which asked: "This is what it looks like when leaders don't do their job?"

"Well, this is what it looks like, again," tweeted Denhollander. "Standing with the survivors of USC. Professors, students, leaders, do what is RIGHT, IMMEDIATELY. Don't be the next MSU."

Friday's legal action follows the launch of four lawsuits submitted on May 21 over Tyndall's conduct.