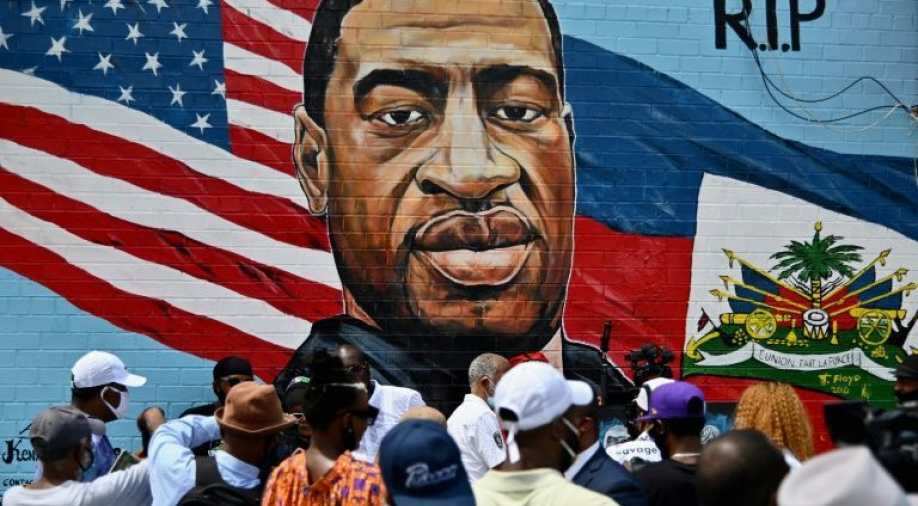 Late last year, a 14-page questionnaire began to arrive in mailboxes across Minneapolis and its suburbs. It asked if the recipient had watched the video of George Floyd dying under a police officer’s knee. What about the protests against police brutality, it wanted to know — did you go? How do you feel about Black Lives Matter?

It asked respondents to list their education level, any martial arts training, even their favorite podcasts. And then there was the essay prompt, followed by a daunting expanse of blank paper: Tell us everything you have heard about the death of Floyd.

The questionnaire went out to potential jurors for the trial of Derek Chauvin, the white former police officer accused of murdering Floyd, who was Black. The case has touched the lives of millions and sparked the largest movement for racial justice in America since the 1960s, but the trial will ultimately decide the guilt or innocence of one man.

Jury selection is set to begin Monday in a courtroom built to comply with pandemic protocols and outfitted with television cameras. Chauvin is charged with second-degree murder and second-degree manslaughter. Before his trial begins, he could face an additional charge of third-degree murder, the Minnesota Court of Appeals ruled Friday, in a decision that could delay the start of jury selection because Chauvin has the option to appeal.

Trials in police killings are rare. This one comes during a seismic shift in attitudes about race, racism and policing sparked, in large part, by the videos showing Floyd pinned underneath officers for more than nine minutes. The videos show him crying for his mother as onlookers pleaded with the officers to let him breathe.

The trial follows months of protests by those who want the criminal justice system to hold the police accountable for violence, punctuated by sharp disappointments like a lack of indictments for officers in the deaths of Breonna Taylor in Louisville, Kentucky, and Daniel Prude in Rochester, New York.

Prosecutors will probably show the video in court as much as the judge will allow, to argue that Chauvin’s use of force violated Police Department policy and that he committed murder by keeping his knee on Floyd’s neck even after Floyd went silent.

The defense will attempt to portray what many view as a simple set of facts captured on video as something more complicated, probably by arguing that Floyd’s drug use and underlying health conditions were the real cause of his death.

Minneapolis, where neighborhoods and storefronts still bear the scars of last summer’s looting and arson, is already bracing for unrest if Chauvin is acquitted. Concrete barriers around government buildings and high fencing topped with razor wire have transformed downtown into a fortress and blocked off one of the most popular sites for large demonstrations. National Guard soldiers will stand watch.

Floyd’s family will gather, along with social justice activists and civil rights leaders like the Rev. Al Sharpton, who recently told reporters that Chauvin “lynched George Floyd with his knee.” And there are fears that members of the same white supremacist groups that ransacked the Capitol on Jan. 6 might descend on the Twin Cities.

It is expected to take three weeks just to seat a jury of 12 members and up to four alternates. Lawyers for both sides may have already begun vetting jury pool members, checking their social media posts. They will have read the returned questionnaires, which are not publicly available, and will use them as a starting point for questions intended to ferret out anything that is “proxy for political bias,” down to their bumper stickers, said Ted Samsell-Jones, a professor at Mitchell Hamline School of Law in St. Paul.

The questions will help the lawyers pinpoint ideological leanings and flesh out fuller portraits of each prospective juror. The defense will be looking for candidates who are politically conservative and favorably disposed toward law enforcement, while the prosecution may prefer young, highly educated people with liberal leanings.

Judge Peter Cahill has taken special steps to protect the jury from interference and security threats. Jurors will not be publicly identified during the trial. They will be sequestered during deliberations and possibly during the trial itself. Inside the courtroom, pandemic-related precautions will allow for only two spectators: one from Floyd’s family and one from Chauvin’s.

Dan Herbert, a criminal defense lawyer who has represented numerous police officers including Jason Van Dyke, who was convicted in 2019 of murdering Laquan McDonald in Chicago, said the problem with holding the trial in Minneapolis was not so much that residents could not be impartial but that they might be swayed by intense community pressure.

“It will be much easier for them to come back with a verdict of guilty than a verdict of not guilty,” he said.

The defense should be looking for one or two holdouts who would not cave to public opinion, he said. “You’re just looking for somebody that is a leader,” he said. “And somebody who’s maybe even going to stay aloof from the other jurors.”

Moving the trial would inevitably mean moving it to a whiter area of Minnesota, in a case where the racial makeup of the jury will be a primary concern.

In the Rodney King case in Los Angeles in the early 1990s, the four officers caught on video beating King were acquitted after their trial was moved to the predominantly white suburb of Simi Valley, touching off violent riots. At around the same time in Minneapolis, protests rocked the city following an all-white grand jury’s decision not to indict a white officer, Dan May, who fatally shot a Black teenager in the back.

Minneapolis is about 64% white and 20% Black, while the jury pool in its county, Hennepin, was 80% white and 8% Black in the 2020 fiscal year, according to figures from the State Court Administrator’s Office. The difference reflects the fact that the county is whiter than the city and Black potential jurors tend to be slightly underrepresented in the pool.

Jury diversity is important for two reasons, experts said. Research shows that just as diverse corporations and institutions perform better, so do juries, benefiting from multiple perspectives. And if the jury lacks racial diversity, its verdict would likely not be viewed as legitimate.